This DIY subway art project featuring our home city – Des Moines – is one I’ve been pondering for several months. It’s easy to find ready made subway art for major cities, but for a smaller city, you’re pretty much on your own or ordering from Etsy. I was pretty close to ordering one, but I bought a Silhouette Cameo in the meantime and this project was part of my internal justification. I found several tutorials on creating subway art without using stencils , but I really liked the look of the painted versions using stencils. 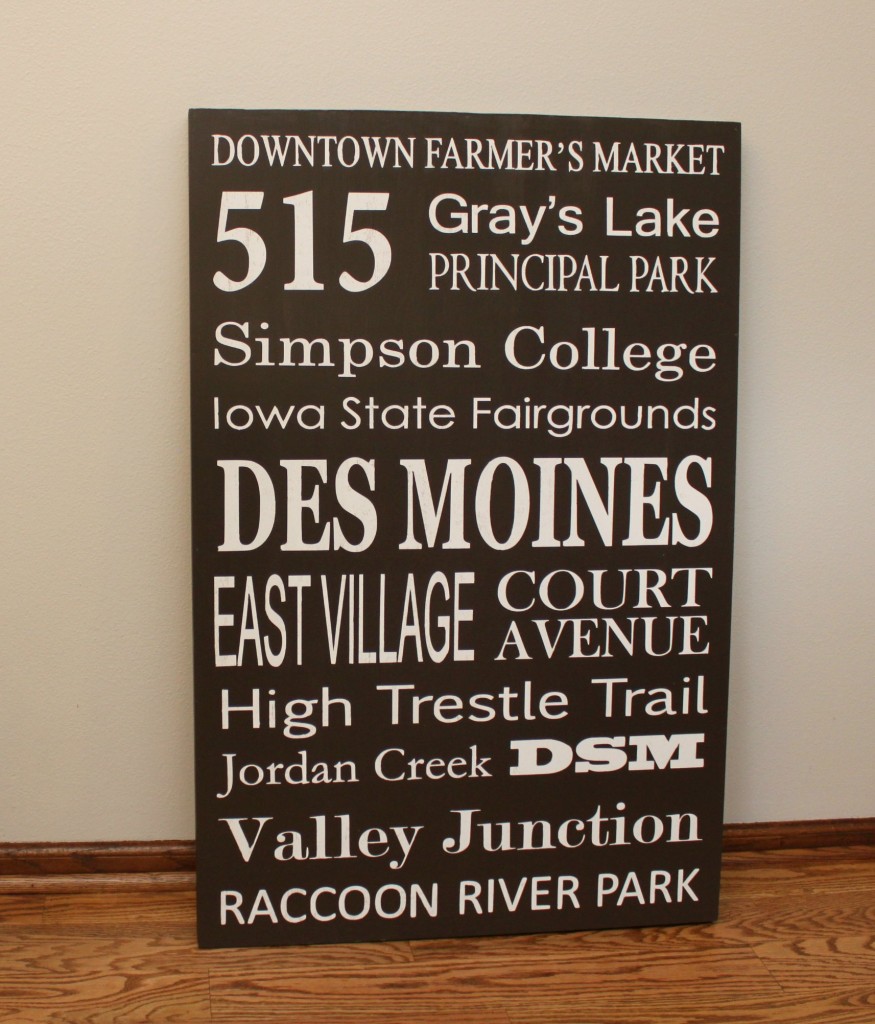 Supplies for board and frame – my subway art sign is 2’x3′ so measurements are for those dimensions. Adjust accordingly for your preferred size.

I bought a 2’x4′ piece of birch plywood and then cut it down to 2’x3′. I had purchased 4 – 1″ wood slats that were approximately 24 inches and 36 inches. I left the 24 inch ones as is and then we trimmed the 36″ ones to fit  into a rectangular box on the back of the board. The edges that were cut needed to be sanded. (You could skip the frame on the back if you’re planning to lean your subway art rather than hang it on a wall.)

Then we (and when I say we, I mean my husband) put the frame together by nailing together each of the pieces. Then we nailed the frame to the back of the plywood. 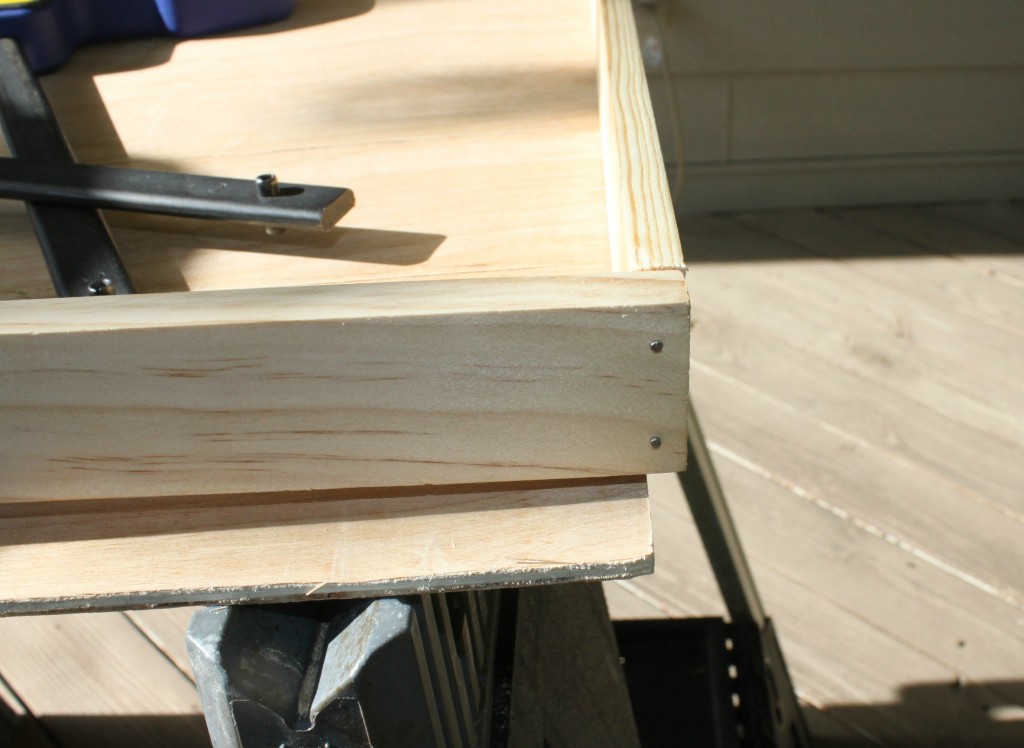 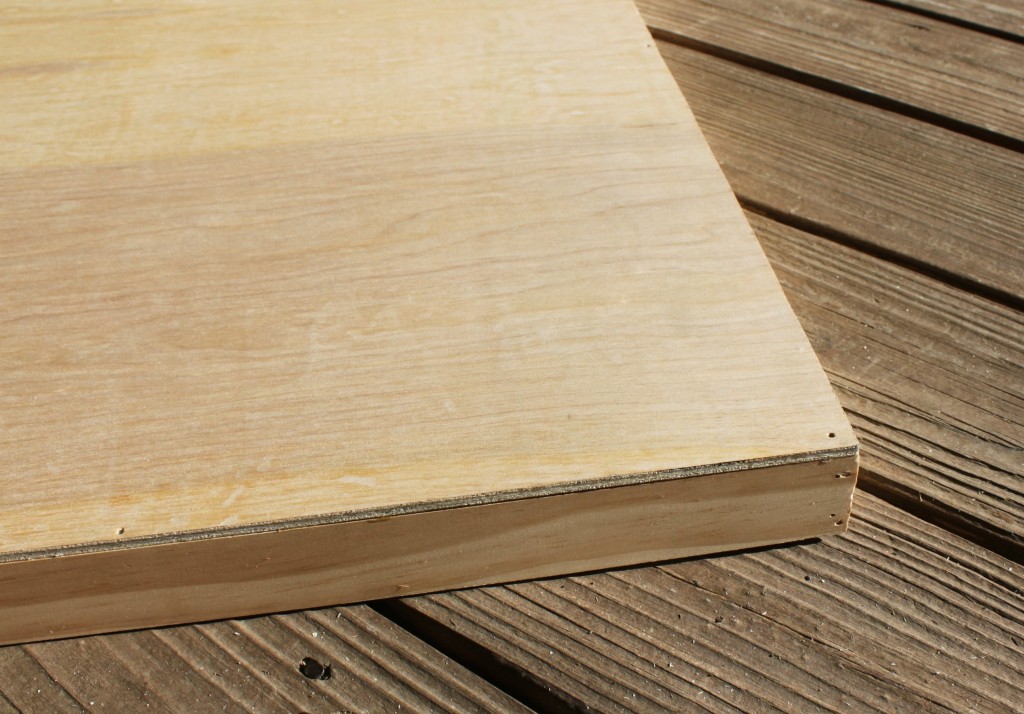 I painted the front of the board with 2 coats of white paint. I probably should have done 3. 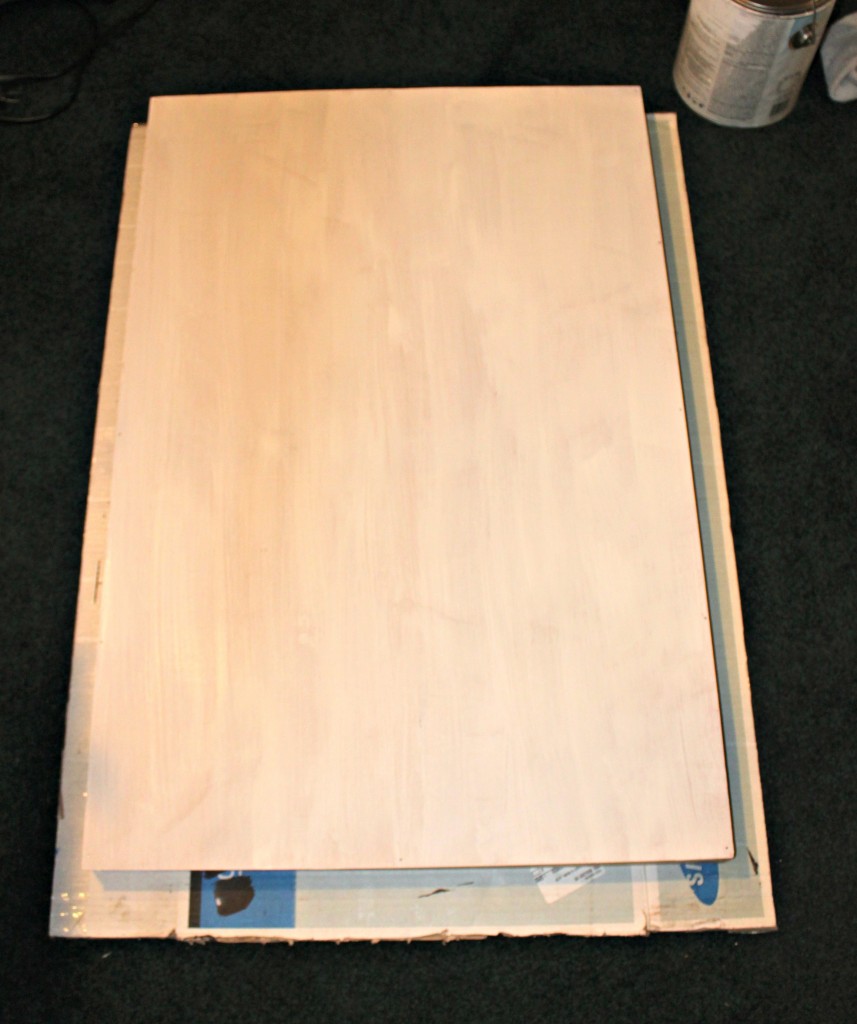 A variety of software programs would work for creating your design such as Word, PhotoShop, Illustrator, or the Silhouette Studio software. I created mine in Illustrator and then imported it into the Silhouette Studio software. Originally I came up with two different versions. One was using mixed fonts and one was just different sizes of the same font. I was torn between the two, but my husband liked the mixed font one better, so that tipped the scales. All of the places I chose are meaningful for us. They are places we like to go or remind us of special times in our lives. 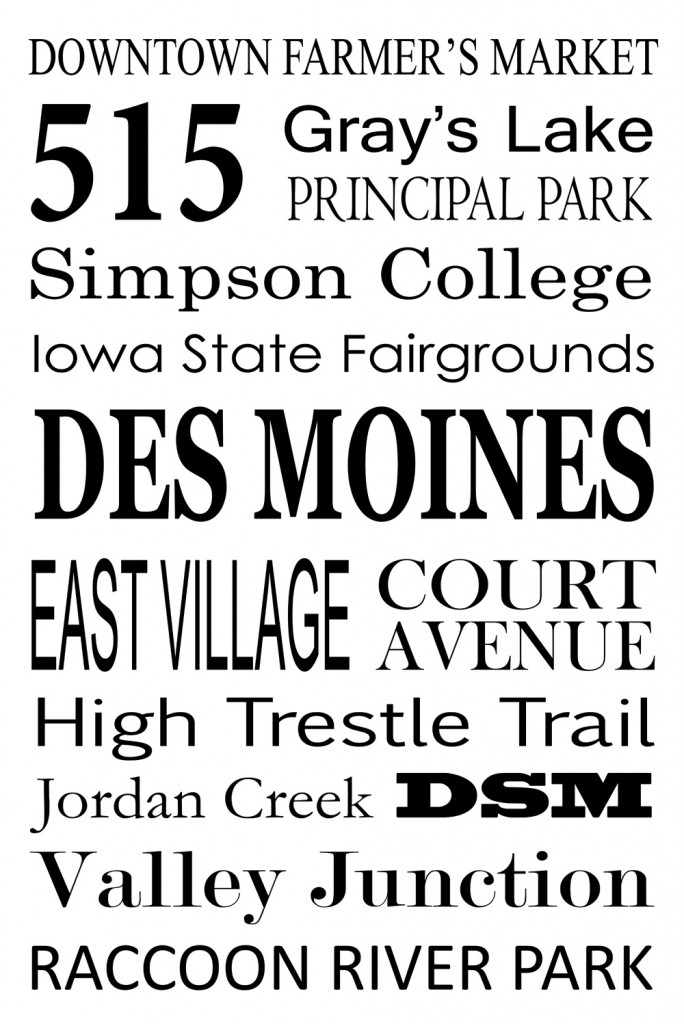 After I had my design finalized, I imported it into the Silhoette Studio software and separated it into 4 separate pieces. Because the machine will only handle material that is 12″ wide, I cut my sections 24″x12″. It seemed like a good idea to not print it out line by line as it would make for less pieces to have to line up when I placed my stencils later. I used contact paper for my stencils for the first time rather than vinyl. There were pros and cons to this that I’ll cover in a separate post one day. 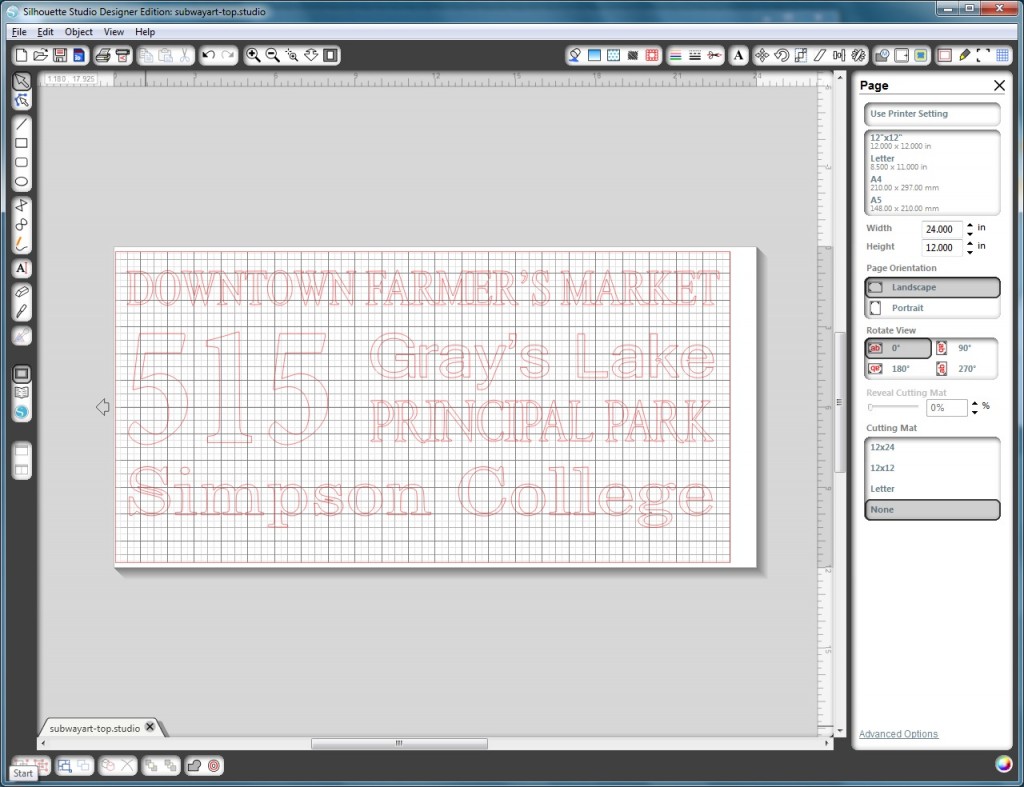 After I had my stencils cut, I started the weeding process of getting rid of the outside part of the stencil. This took FOREVER! This is where doing sans serif fonts vs. the mixed fonts would have been a time saver. I will say that it’s a good idea not to make your fonts too small for this reason too.

Once my stencils were all weeded, I spaced out my stencils on my board to check on placement before I stuck them down. I made pencil lines that lined up with the 1″ border I was keeping all the way around and the bottoms of the letters of each group of stencils to use as a guide. 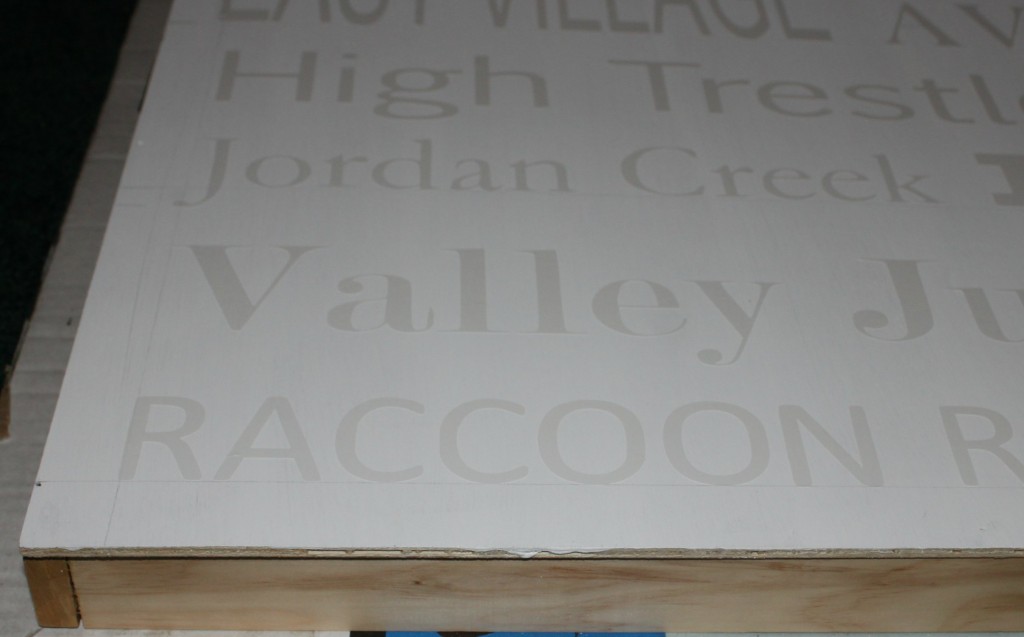 Then I transferred all my stencils to transfer paper and then on to my board. This was a little stressful as I was worried about getting them really straight. The contact paper is stickier than vinyl so once you put it down, it was there. No repositioning. 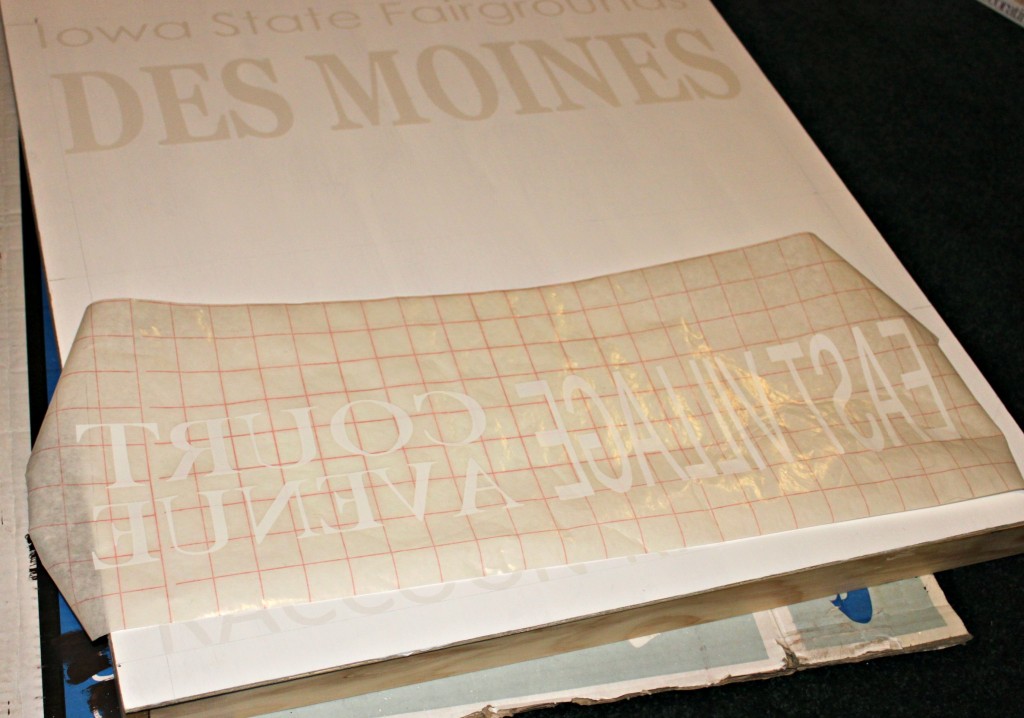 After all the stencils were down, I did a coat of white paint over the top of the stencils to seal them down and prevent bleeding of the darker color. This is a very important step. You’ll regret it if you don’t do it because you’ll likley have to touch up every letter later if you don’t. Have I convinced you? After that coat was fully dry, I did 2 coats of brown paint, letting dry in between. 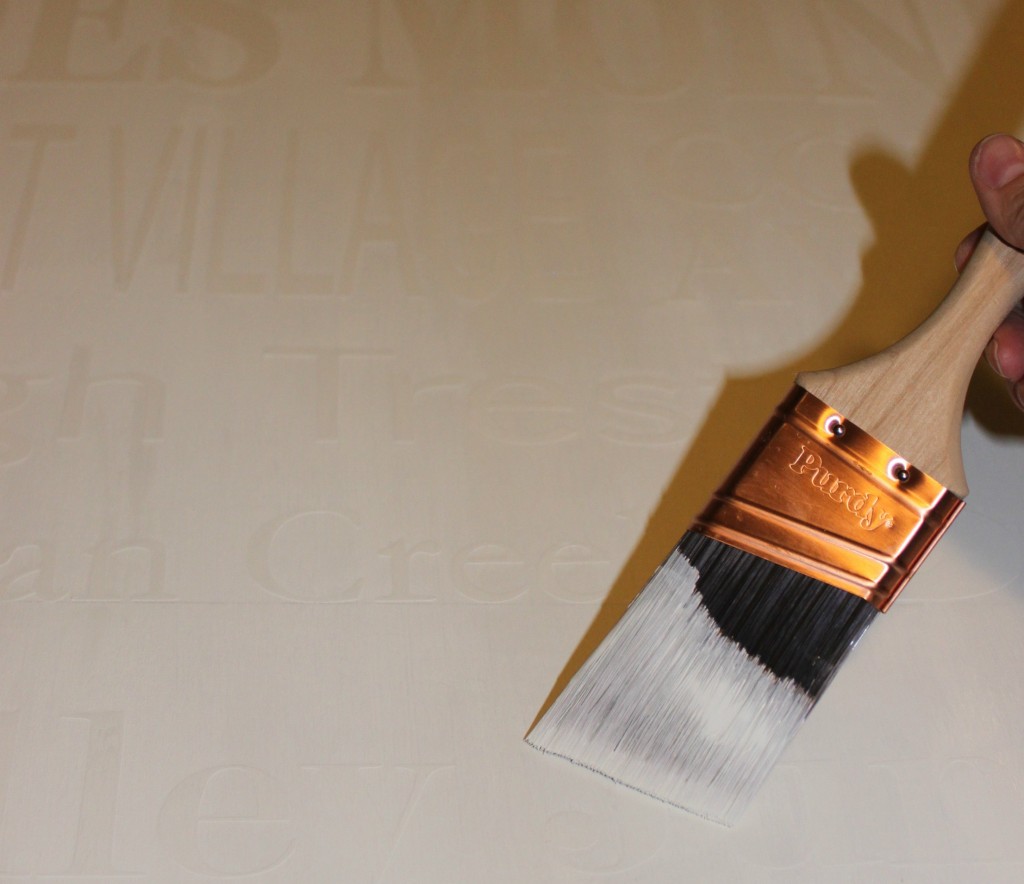 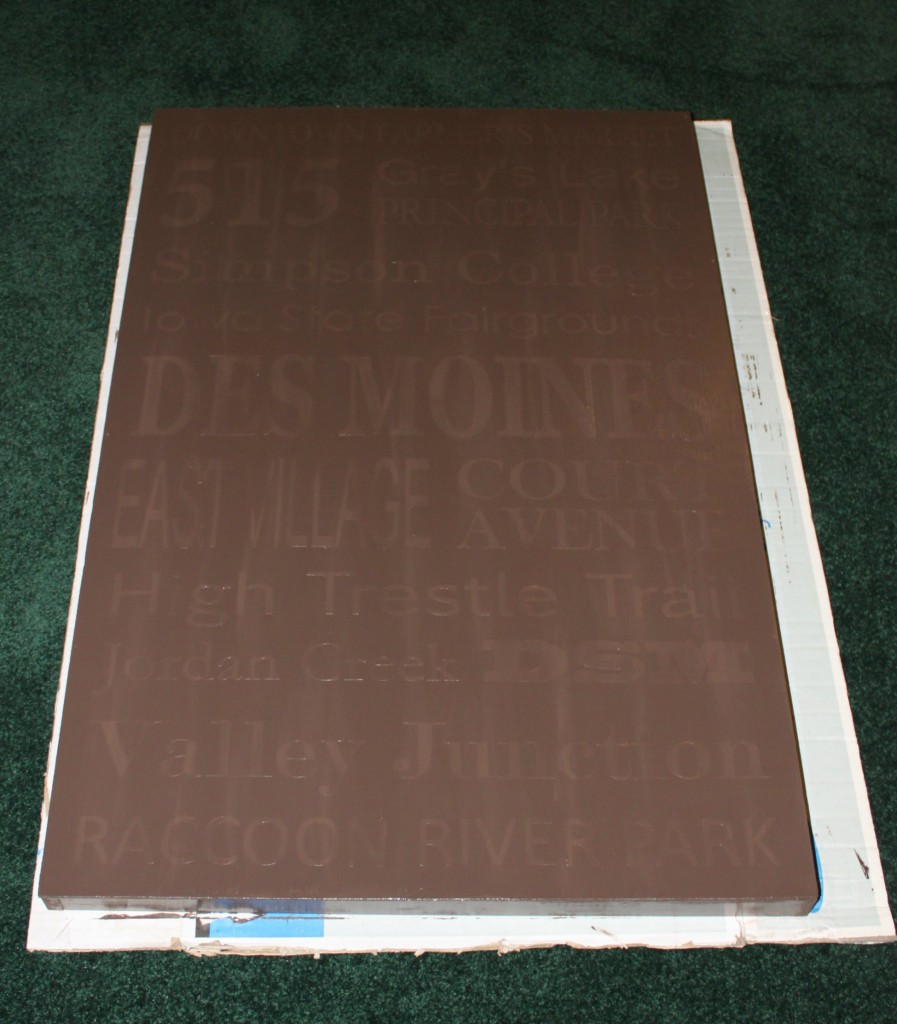 When the  last coat was dry to the touch but barely tacky, I started removing my letters. using my weeding tool to pull up a corner and then going the rest of the way with tweezers. This was a long process. It probably took 4-5 hours. There were a few spots where the paint came up where I didn’t want it to, so I did have to go back later and touch it up. 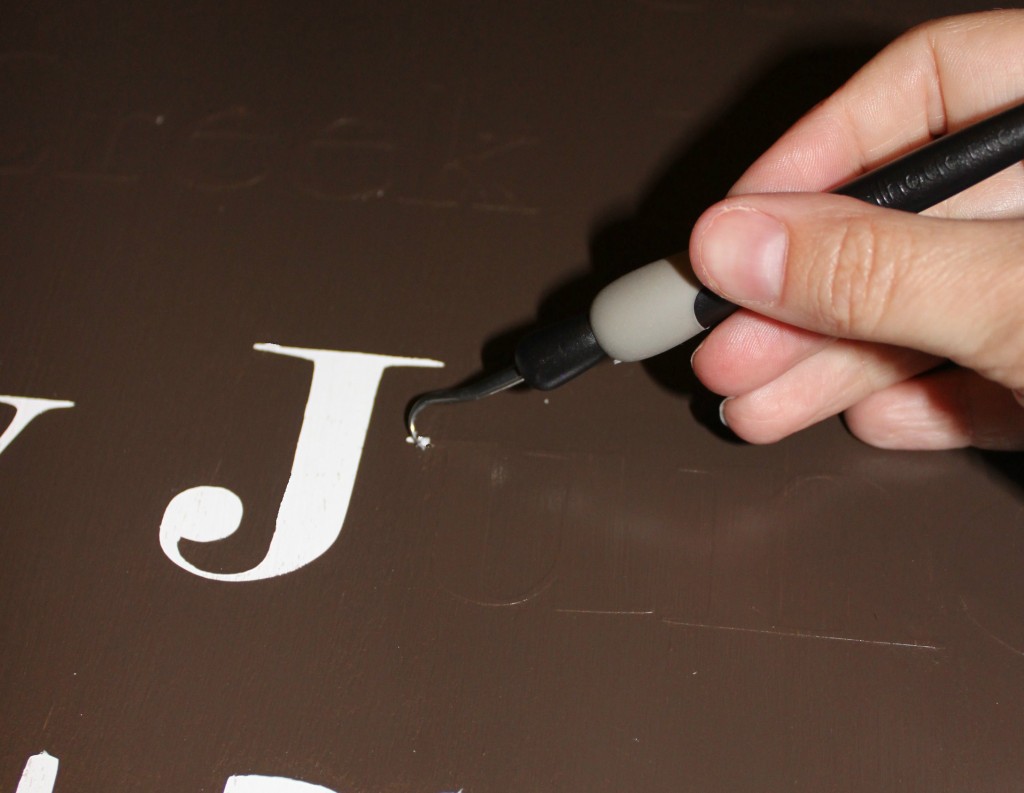 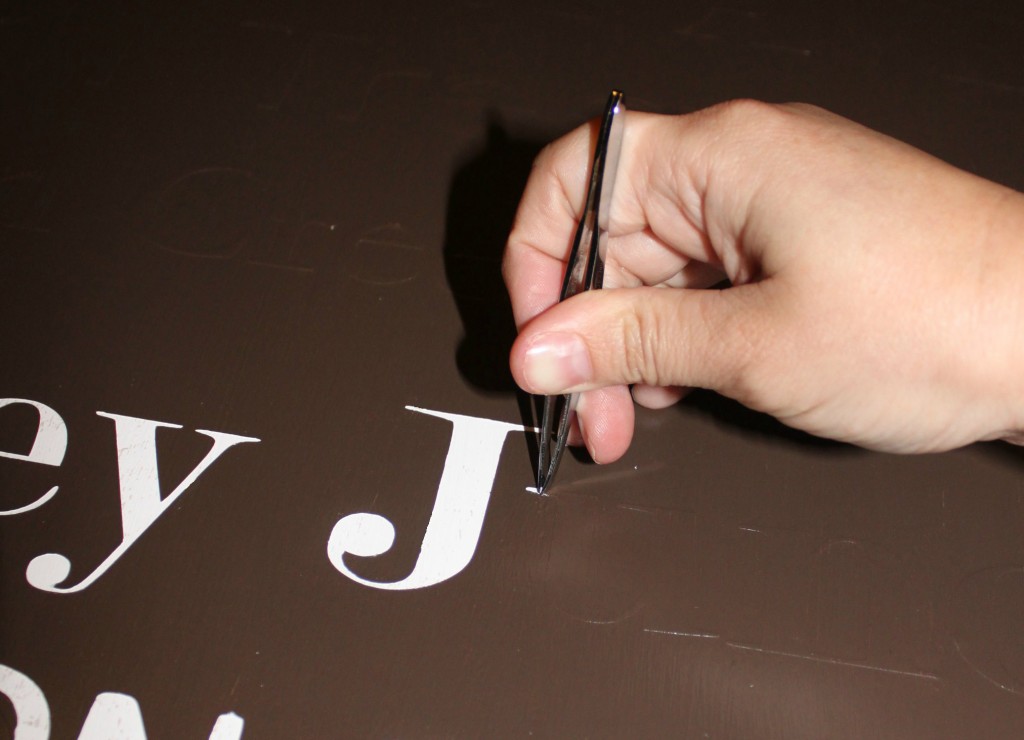 I’m thrilled with the end result! I’m still torn on whether to distress it or leave it as is. For now I think I’ll leave it as is and see how it looks once we get it on our dining room wall. I have a few things left to get before I can finish my Des Moines gallery wall.

A few final words on doing your own DIY Subway Art project using stencils- it’s a lot of work. All in, I bet I spent 20 hours  on it. Try to do this on a table or counter top. For a bulk of the project I was on the floor and it really made by back hurt. Genius that I am, I finally moved to the table for the last few hours.

If you don’t want to tackle quite as big of a project, I would try the paper and canvas technique for creating subway art, or order a custom one from an Etsy seller like Native Vermont Studios or Legacy House Art. I admired and took inspiration from both companies for my project.