It’s week 4 of Does This Blog Make Me Look Fat? and I’m starting to feel good about getting back into a healthy routine. If you’ve been following me the last few weeks, you’ll notice that I’ve set about 3 goals for myself per week. Some are the same as the previous week and some are new. I know that if I try to change everything all at once, I’m setting myself up to fail.

Here are my goals from this last week and where I ended up:

This week I averaged 9,022 steps per day. It’s shy of my 10,000 step per day goal (which is about 5 miles per day)., but I still feel good about it because I’m consistently being more active than I was a few weeks ago when I was lucky if I worked out 1-2x per week. Plus, I had a migraine on Wed. that pretty much knocked me out and left me with just 2800 steps for the day.

Here was my activity for the week tracked on my Fitbit:

It was crazy hot this week hitting the high 90’s many days. On Thursday night at 7:00 p.m. it was still 92 degrees when I tried to go on a run. I made it only about 5 minutes before I started to walk. I actually convinced myself to get up early the next morning to run so I could beat the heat.

I snapped the 2nd picture on my morning run. I was running up a nearby hill and caught this seemed to perfectly depict my pear-shaped body (although my legs aren’t nearly that long, this is how I see my bottom half). Oh and can I tell you what I learned this week? Pear shaped people should not wear those running skirts. I had the most awkward 3 mile walk EVER because the dang thing was riding up the whole time and the shorts weren’t long enough underneath. I’ll never wear them again without knee length running tights underneath. If you’re pear-shaped, you can thank me for saving you from the same fate! 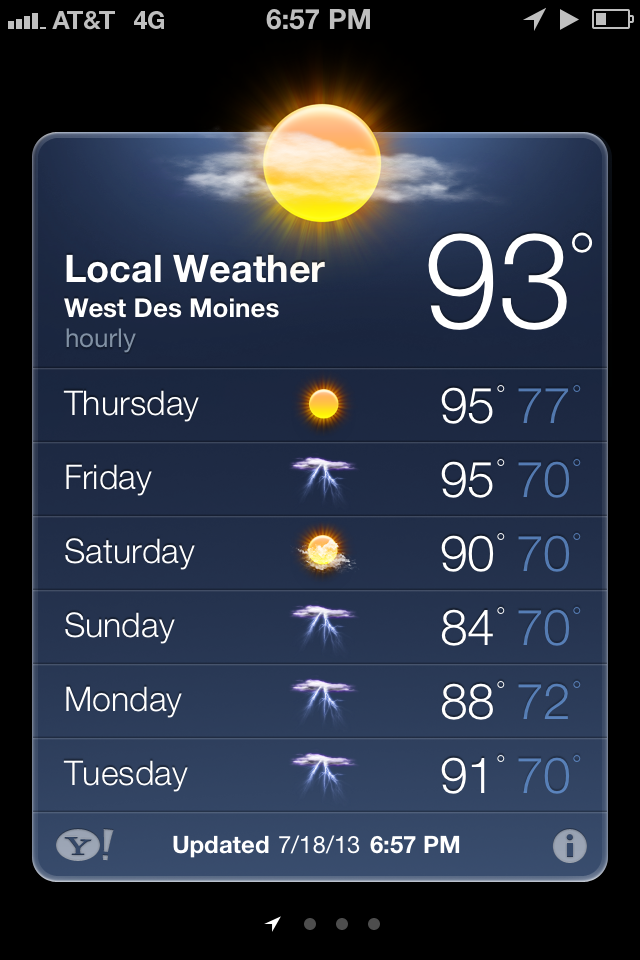 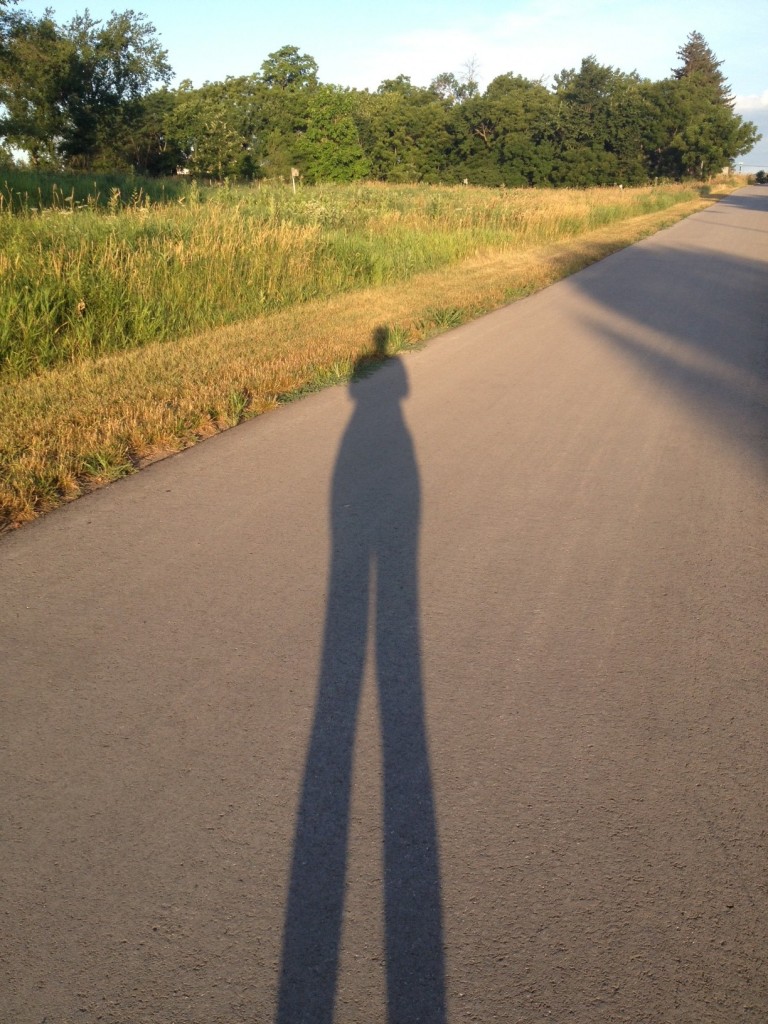 Today my son and I decided to check out a park in an area we aren’t normally nearby. They have a cool wooden foot-bridge that has an obstacle course and slides. So we went through that several times together. 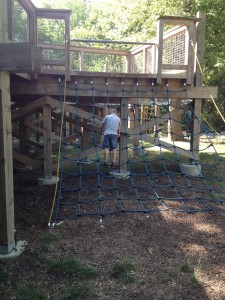 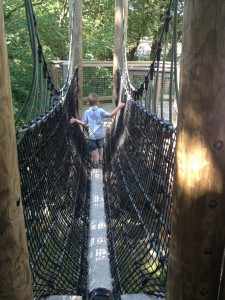 This has been on my goal list each week so far without much progress until this week. I’m happy to not have to call it a FAIL again this week. Sunday and Monday I had two diet Pepsi’s each day. From Tuesday on, I’ve only had one per day. I’ve given up diet soda before. Once before I got pregnant with my son (I was having terrible headaches and gave up caffeine to try to alleviate them – which helped!). Last year I gave up soda for Lent. Unfortunately I gained 5 pounds because I was snacking all the time in lieu of drinking diet soda. This time though it doesn’t seem as bad. i think it’s because I’m focusing on healthy changes over all. Don’t get me wrong, I still crave it. I have been starting out my morning – every morning – with a diet Pepsi for the last 4 years. I don’t drink coffee, so it’s a hard habit to break. Happy to have a tiny bit of progress on this one!

3) Track my food intake every day.

I’ve only ever been successful with keeping my weight in check or losing if I keep track of what I eat. That way I’m a more mindful eater. Otherwise it’s too easy for me to conveniently forget about the giant cupcake I ate when I decide to have a bowl of ice cream later. I’ve used a variety of programs to track, which I’ll get into in more depth in a few weeks. Currently I’m using My Fitness Pal. I tracked this week from Tuesday-Saturday. I stayed pretty close to my calorie goals for each day, but I could have made some better choices. That’s what the first few weeks of tracking are about – readjusting.

All in all, I feel pretty good about this week. Next week I’ll be working on pretty much the same things since I was close on all of them, but not quite there.

One thing that happened this week that inspired me to KNOW I can push through and run that full 5k is a story about a high school classmate of mine who you can read about here. He has a condition called Noonan’s disease. Several years ago he started doing races with a local doctor where the doctor pushed him in a wheelchair. I’ve seen him in several local races over the last few years and it’s always inspiring to see Team Mathis. He’s such a great guy and has an infectious positivity. He decided a few months ago when he started to work out with a trainer that he would try to show up to one of the races with the doctor ready to push him and run the race himself. He did it today. His family shared the video of him crossing the finish line on Facebook and it made me tear up. Great story for a great guy!

Does This Blog Make Me Look Fat fitness health running