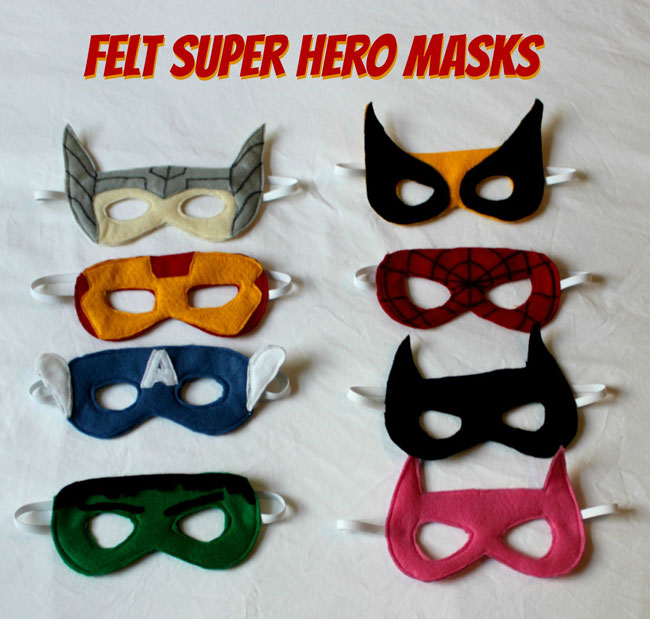 As you know if you follow regularly, Carter just turned the big 5! We had his first friends birthday party this weekend to celebrate. Being the DIY addicted mom that I am, I immediately went to Pinterest to find a few ideas for his Superhero themed birthday party. I found this awesome Felt Superhero Masks tutorial with free templates from Cutesy Crafts. Originally the party was supposed to be just Avengers themed, but we expanded a little because my son loved all the masks. We ended up making Iron Man, Captain America, Hulk, Thor, Wolverine, Batman, Batgirl, and Spiderman.

I had felt left over from another project, so I just had to get a few additional colors and some elastic. The original post has a great tutorial, so check it out when you get the templates. I’ll go over the basics and some tips here though.

2. Thread in coordinating colors with your felt

4. Marker for drawing on Spiderman and Thor details

5. Templates for masks. *Some supplies links may be linking to affiliate links on amazon.com or other trusted retailers.

No Sew Note: I really considered not sewing these and just gluing them together. With sewing they are really durable though, so if you decide to use craft glue, I would suggest still sewing the elastic in. You could hand sew the elastic if you don’t have a machine.

First I cut out all of my templates and all of my felt. When you cut out the templates, you’ll want to make two copies of many of the templates. one for the outside of the mask shape and one for the details. I traced the templates on to my felt with a pen, except for  the black felt where I used a white crayon. I did double layers of each of the masks so they were sturdier. Some had three layers with the overlay details. 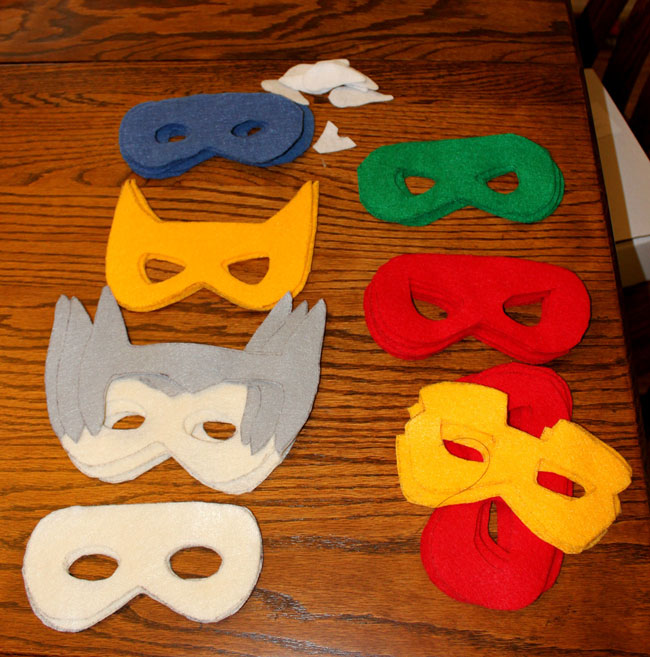 I started with Batman as my practice mask because it was the easiest, without any additional details or overlays. I pinned together 2 pieces of black felt cut to the template with the ends of the elastic in between the two pieces of felt. 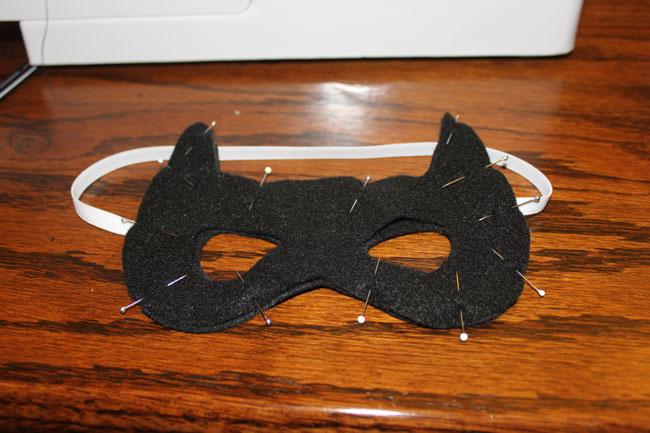 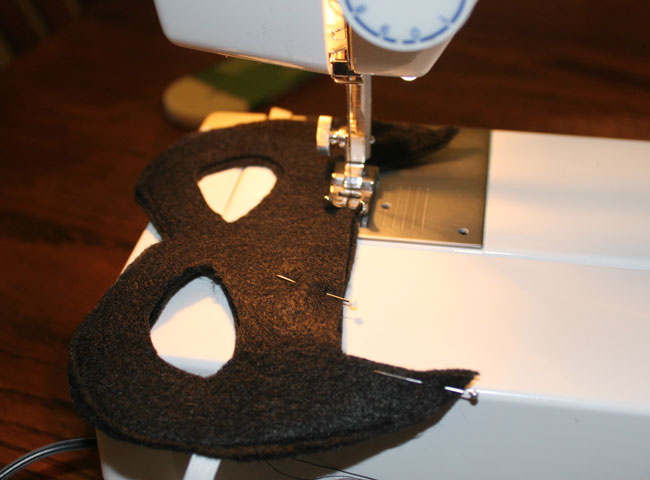 For other masks that had details on them, I sewed the details on first  and then sewed the top and bottom of the mask together. This required quite a bit of thread switching on my machine, but I tried to strategically do all of one color across all masks where I could (like sewing Batman, and then the details on Hulk and Wolverine) before switching to the next thread color.

Every time I get my machine out, I have to get the manual out to remind myself how to thread it. After this project I think I’m a pro! Here are a few examples of how I sewed the details on along with the backs. For Hulk, I sewed the eyebrows on the top piece of green felt first just with a straight line down the middle. Then I pinned together the back piece of green felt and the hair onto the top piece. I sewed the hair on with black thread while also sewing all the pieces together at the top. Then I switched my thread to green and sewed around the rest of the mask and eyes where I needed to sew the top and bottom pieces together. With Hulk I could have probably used black thread all the way around since the green felt was dark. 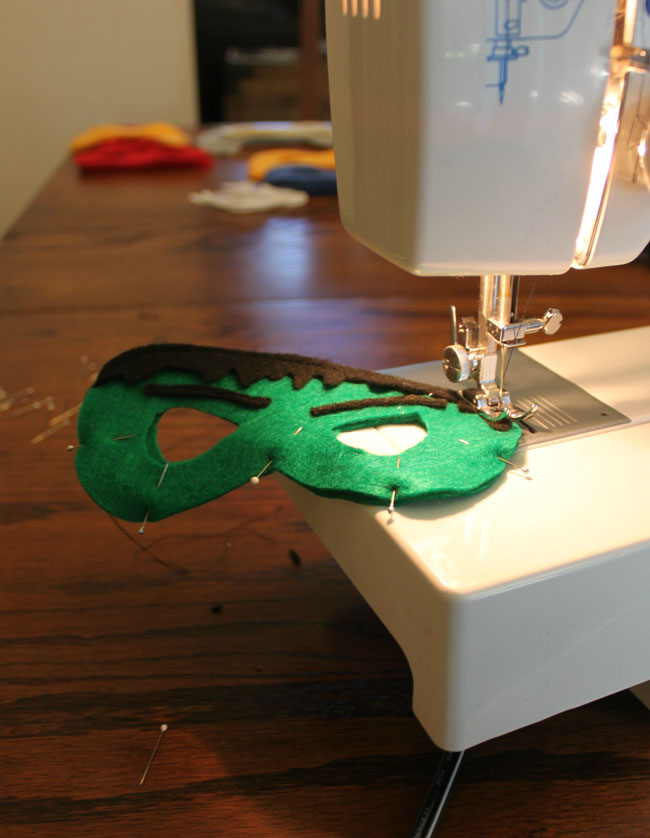 For Iron Man I pinned together the yellow overlay on top of the top and bottom red felt pieces. Then I sewed around the yellow. I changed to red thread and finished the small top and side areas that only had red exposed. I added my elastic when I sewed the red part. 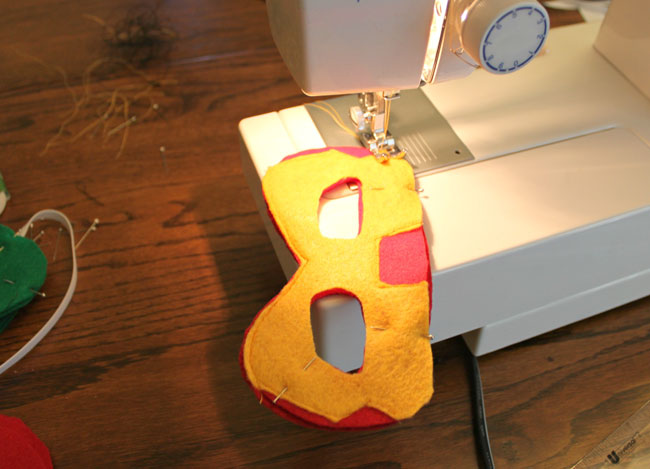 I made about 25 masks. I wasn’t expecting quite that many kids at the party, but I wanted Carter to be able to have one of each, and I wasn’t sure which masks would be the most popular. Thankfully there wasn’t a lot of fighting at the party over the masks. I had a small fear of that after I had finished them all and only had 3-4 of each! Here are a few pictures of Carter and my nieces modeling the masks when I was in the middle of working on them. 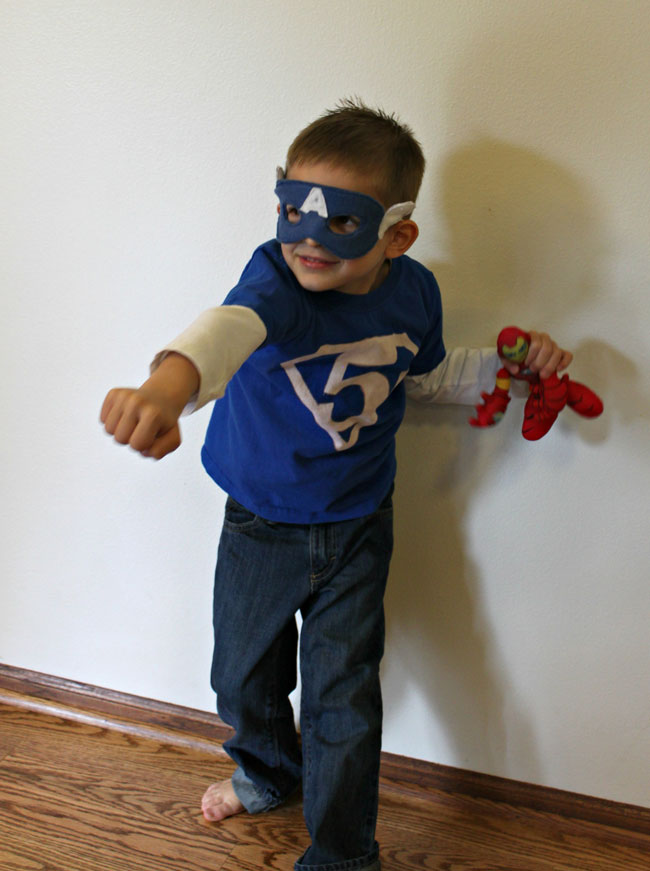 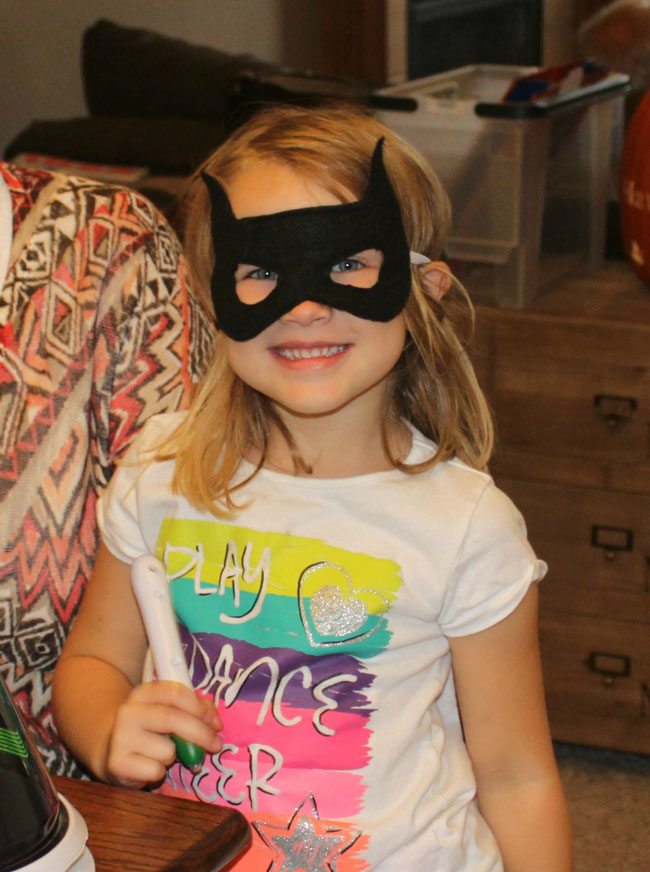 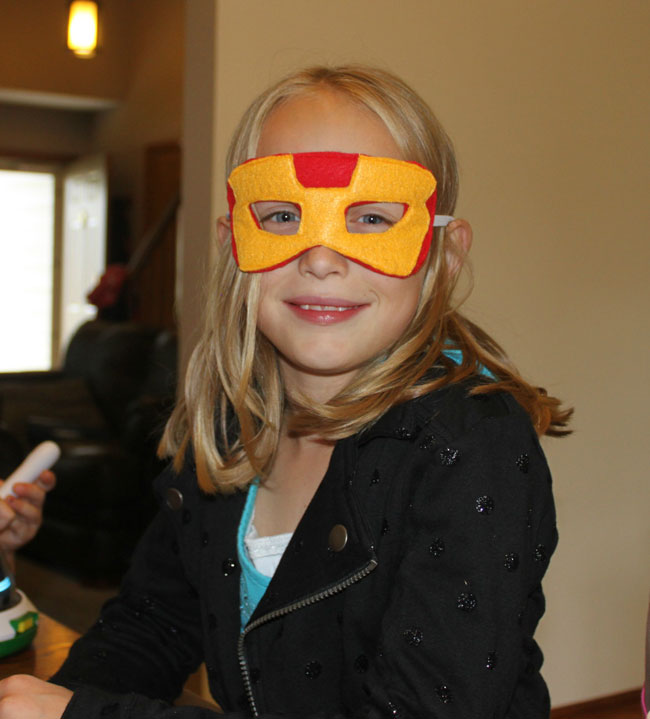 I’ll share pictures from the party later this week. I will say that the masks were a huge hit with all the kids! Thank goodness, as making so many of them took a fair amount of time. Well worth it though in the end when the kids were having so much fun with them. These would make a great gift for a superhero loving kid or for a Halloween party at school.