Happy Friday! It was one of those weeks at work where I had put in more hours by Wed. to count for a full week, which included three different presentations, and hosting some out of town co-workers. Unfortunately, the week wasn’t over yet! Todd was traveling a few of those days too, but we both took a break mid-week to celebrate our 15 year anniversary with a nice dinner at home!

1 | Oh Happy Day! It’s hard to believe it’s been 15 years since our wedding day! Time really does fly by. It was fun looking at some of our wedding pictures and memories from our big day. we look so young! 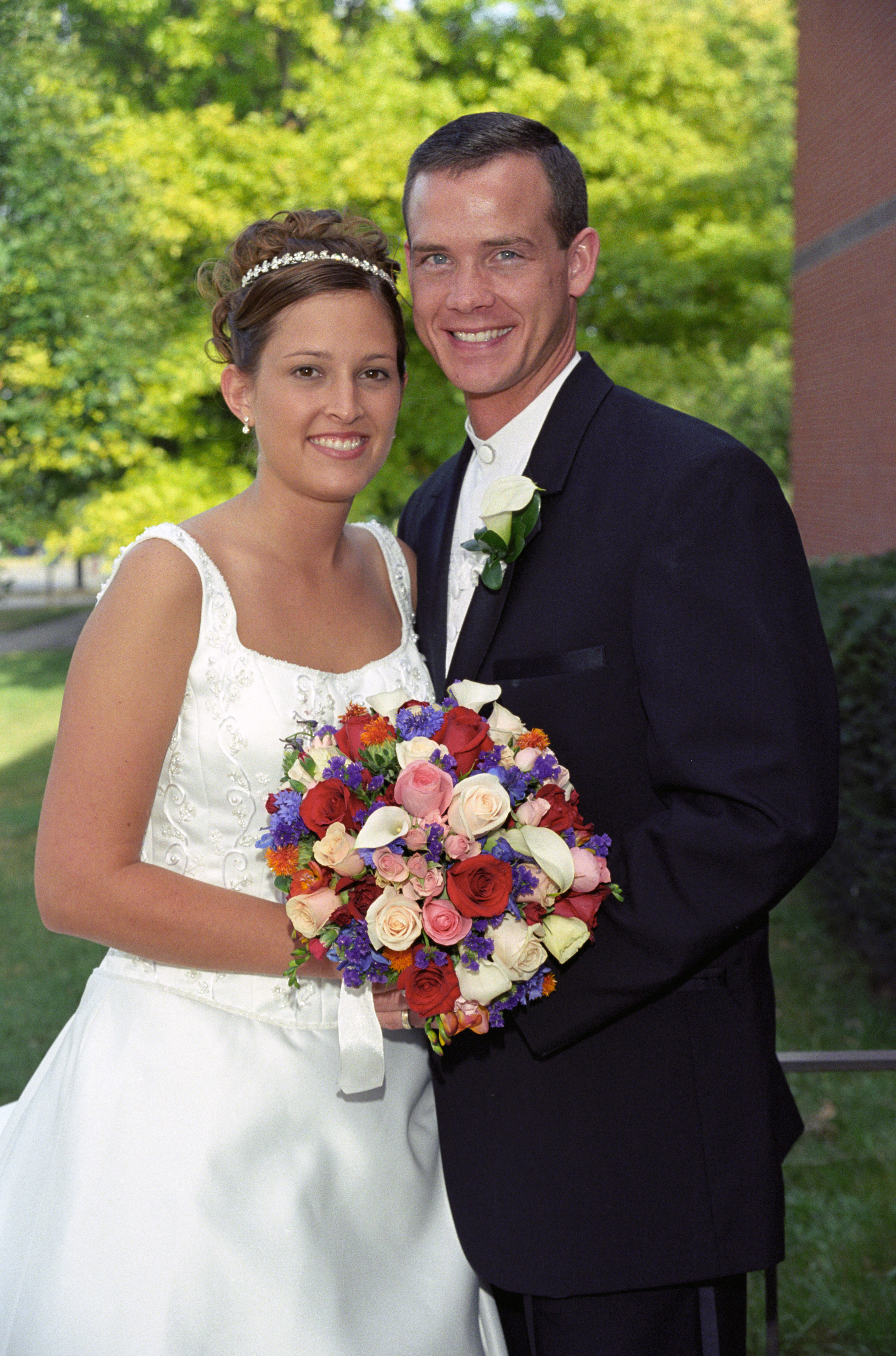 2 | Some Things Never Change – We met in college, and I took a trip down memory lane in some of our photo albums this week too. Some of our most hilarious photos are from theme parties. What’s funny is that we still go all out for a good theme party. This one is a 70’s party from 1996 and then at an Irish themed croquet tournament this summer. 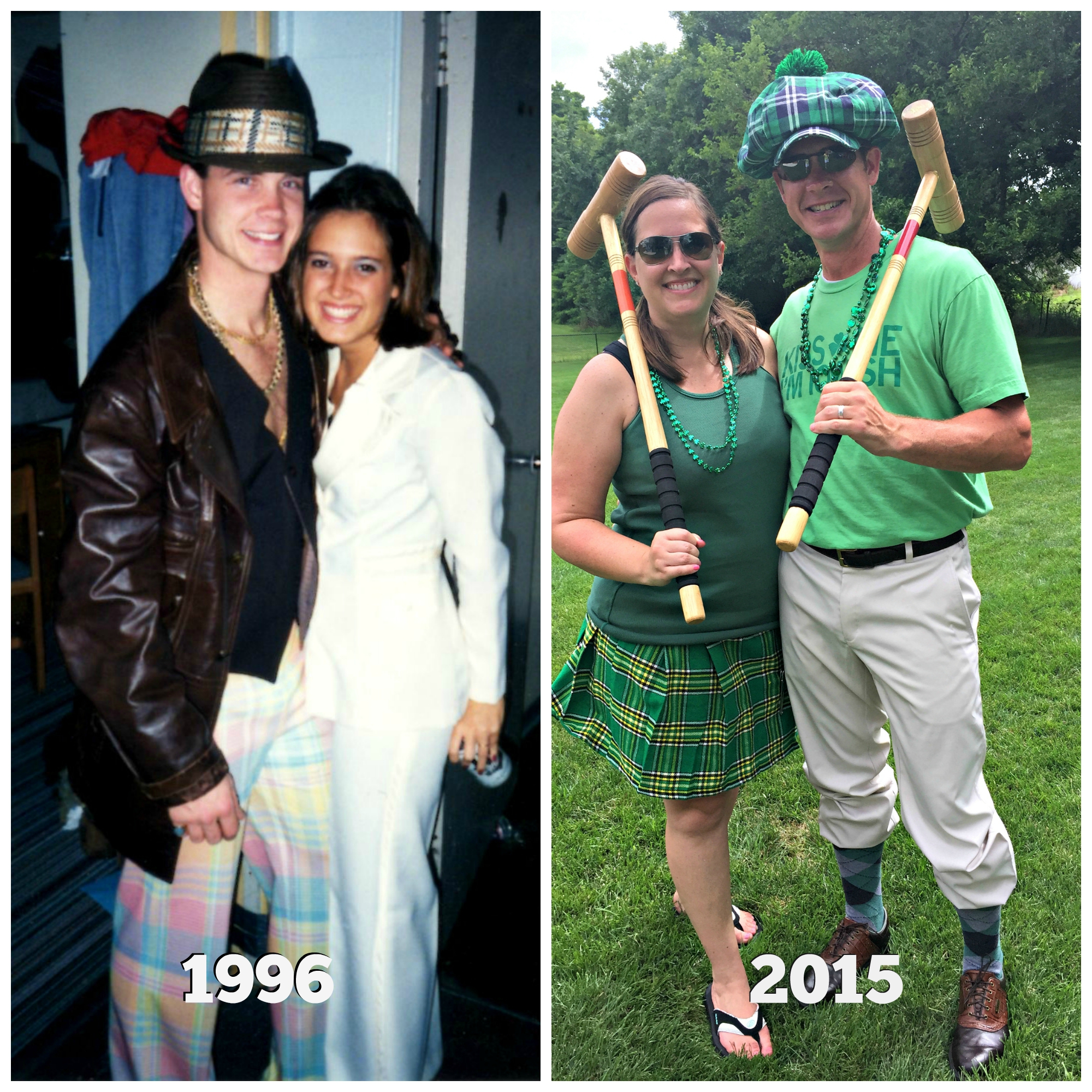 3 | Poor Planning – We got married on the day of the biggest football game of the year… in Iowa, it’s the big Iowa vs. Iowa State in-state rivalry. My husband is a life long Hawkeye fan, and I did my MBA at the University of Iowa. Why he ever agreed on that day, I don’t know, must be true love! Even more amazing was that everyone showed up for the wedding. I didn’t have much foresight though because it didn’t dawn on me that our anniversary would always fall around the game. Here’s us a few weeks ago at the first Iowa home game of the year. It was Carter’s first time! 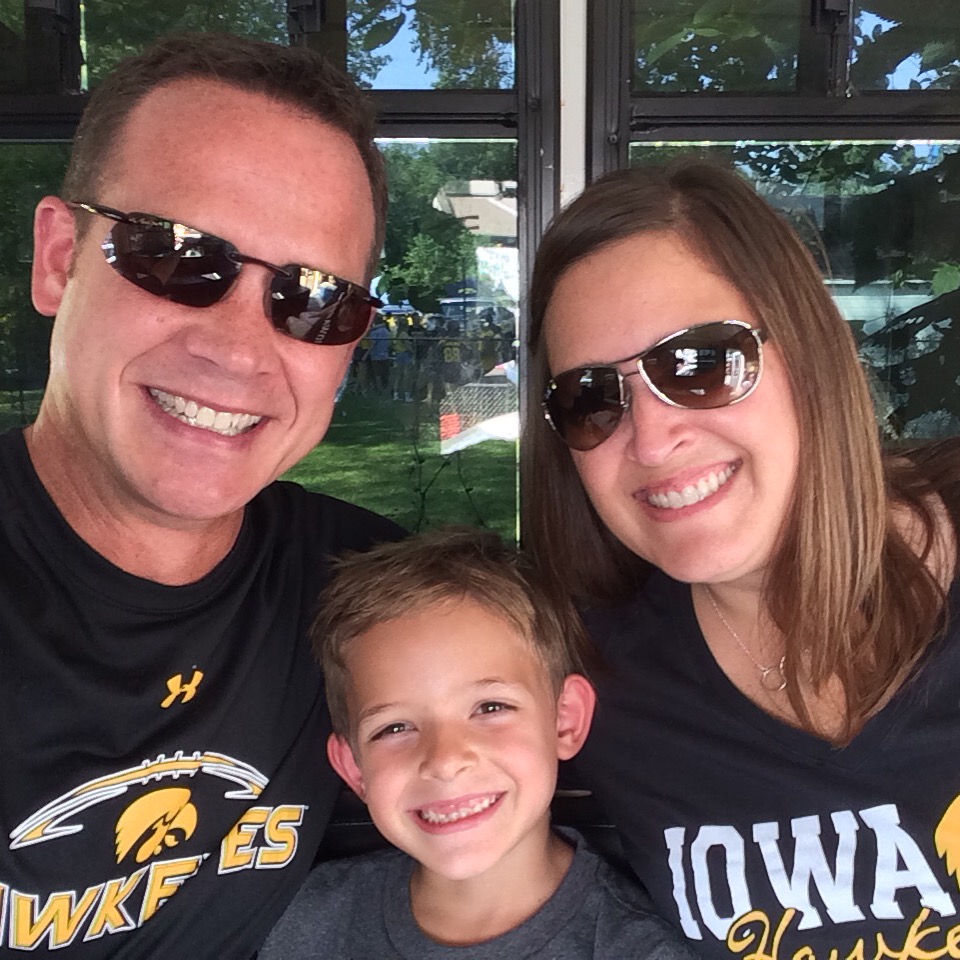 4 | The Gun Show – We’re training Carter young to be a Hawkeye fan. We got together with some friends last Saturday to watch the big game. It was a nail biter at the end, but the Hawks pulled out a W! Meanwhile, Carter was more interested in showing off his “guns”. 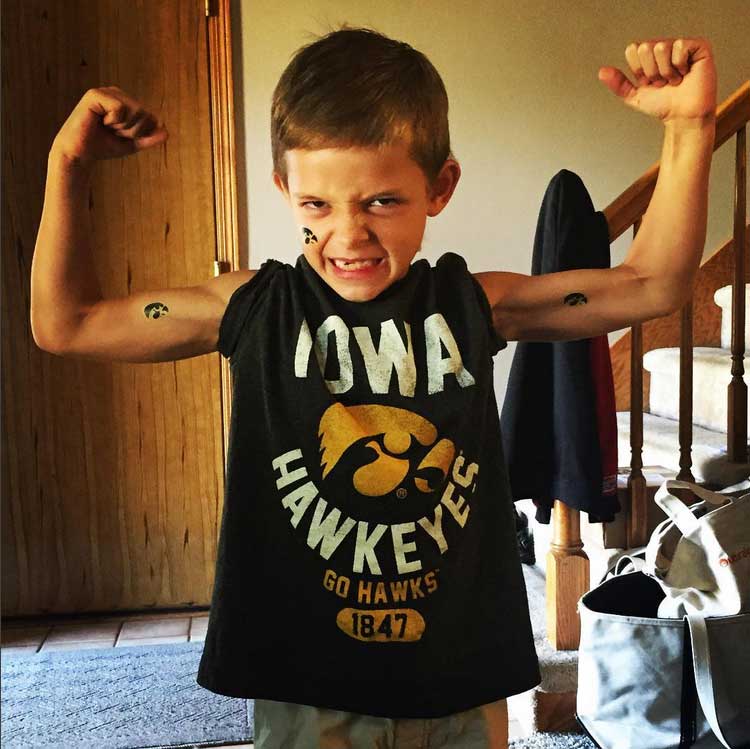 5 | Tailgate Treats – for the big game, I made some Salted Caramel Popcorn Mix to take to our friend’s house and to a work potluck. It was a hit both places! 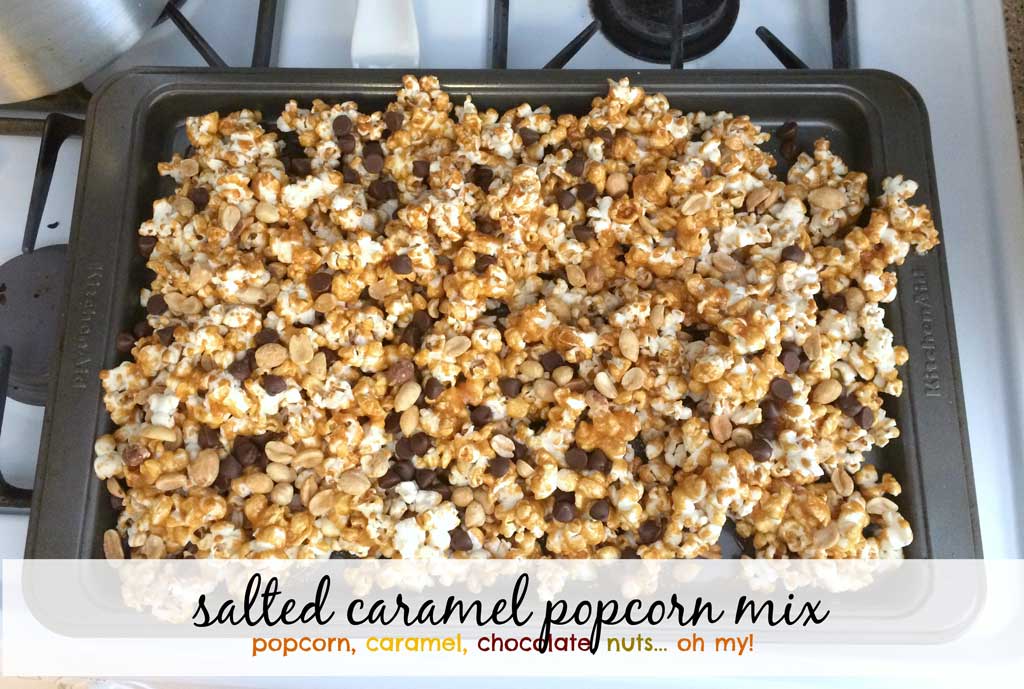 We’re planning to enjoy a date day to celebrate our anniversary including a trip to the farmer’s market and wherever else the day takes us. I’m hoping to catch up on a little sleep and take care of some odds and ends at home. Whatever you’re up to this weekend, I hope you’re making the most of it!

Linked Up At: High Five for Friday; Five on Friday