Happy Friday! I’m officially in week 2 of my new job and working from home. So far so good! I’ll write a post soon on my work from home experiences. Let’s just say I’ve easily acclimated to the dress code – I went from business attire into athleisure-wear without missing a beat! Otherwise, it’s been a typical week of randomness around here.

1 | Winner Winner – I play the lottery maybe once every 5 years, and it seemed like a $1.5 billion fortune was worth standing in line at the grocery store on Wed. night for. I was so excited to find my all time favorite candy, Brach’s Cinnamon Jelly Hearts (which only come out for Valentine’s Day), that I already felt like a winner even though we only matched 1 number in the drawing. And so what if I polished off the bag in 2 days… oops! 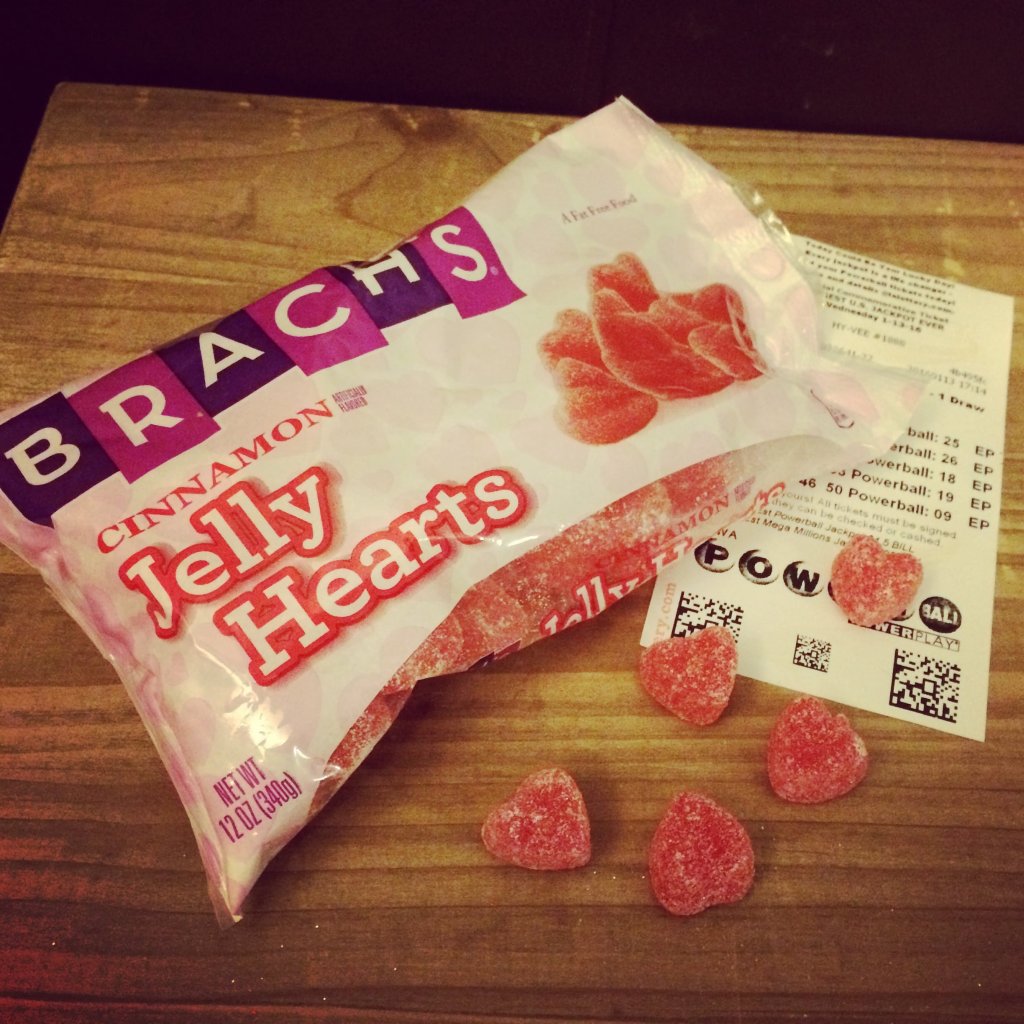 2 | Boy Humor – I’ve always appreciated Carter’s sense of humor and quick wit. He has a knack for making people laugh (much to the chagrin of his teacher, I’m sure). I will say though, he’s falling into the boy mold where he thinks potty humor is the best thing ever, which is not my favorite. Not that I don’t laugh sometimes, but armpit farts get old fast! On a trip to the mall last weekend, Carter saw these shirts at one of the kiosks and thought they were hilarious. I guess it’s good to see his reading skills put to work! 3 | January Thaw – The weather has been really up and down this week. 5 degrees one day and then in the 30’s-and 40’s for two days. It was enough to melt most of the snow and allow me to get outside for a few walks during lunch time. I didn’t even mind all the mud puddles. Unfortunately, we’re getting another cold front this weekend, so we’ll be back to typical January weather. 4 | Snack Attack – working from home now, it’s way too easy to grab snacks during the day. I’ve been trying to come up with some healthy snack options, so I don’t go overboard. I made these Smokehouse Almonds to snack on this week. I’ll post the recipe soon, but I adapted it from this one. 5 | New Toys – I was really excited early this fall when Silhouette announced it was releasing a new machine that would not only cut larger mediums, but etch and stipple (didn’t even know I needed to stipple!). I bought myself the Silhouette Curio for my birthday and it arrived back in early November. Sadly I have not had time to set it up before now, but I’m excited to finally break it out and try it this weekend. Stay tuned for some new projects coming up! We have some organizing to do this weekend around the house, and I’m hoping to have Carter work on his Valentine’s for his class. I know it seems early, but his teacher would like them to write all the kids names on each one themselves. I know it will go better for all of us if he does a few here and there rather than 26 at one time!

Have a great weekend!

Linked Up At: High Five for Friday; Five on Friday; Oh Hey Friday