You’ve probably seen nail string art projects on many diy sites or Pinterest. I’ve been working on a project for a friend and decided to give it a try. I love it when a project really turns out to be as easy as this one was! I decided to do an initial version and one with a chevron. I may tackle a state one as well, but that will be for a future project. 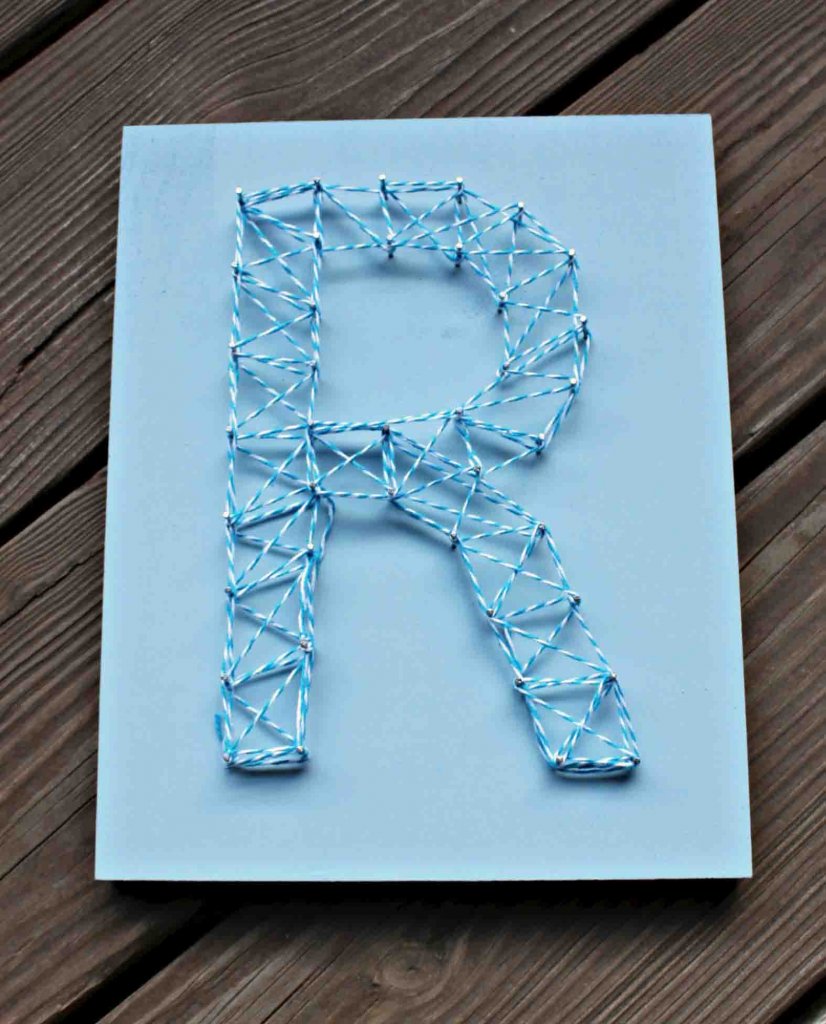 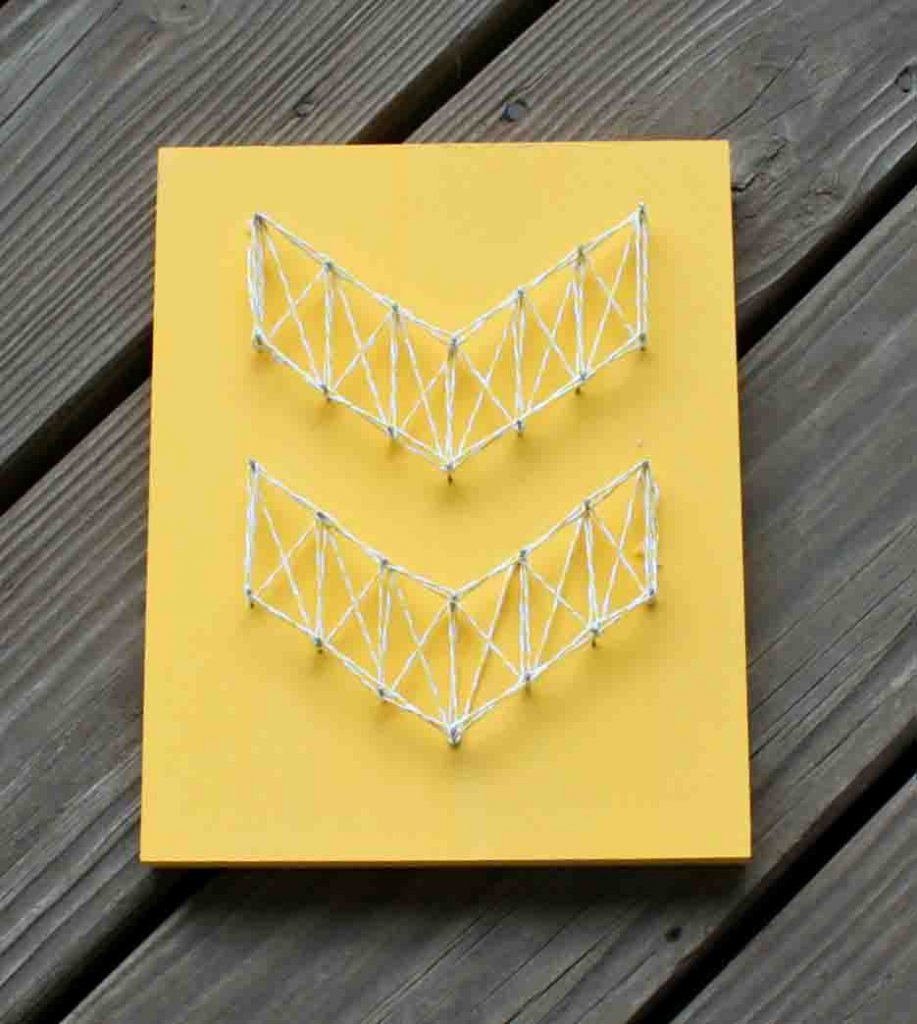 Here’s what you need: 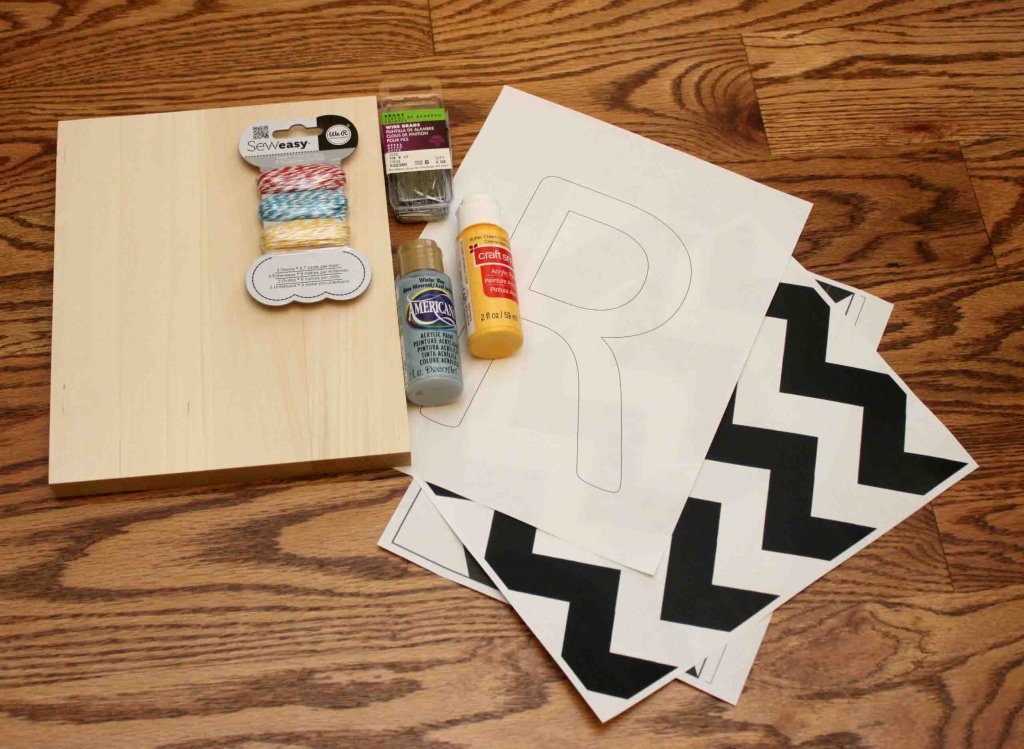 First I painted my boards with 2 coats of paint front and back. Depending on the look you’re going for and the type of wood you’re using, you may not want to paint them at all. I’ve seen some cute projects using barn board or other old boards.

After my paint dried, I placed my pattern on top of the wood and traced it using a ball point pen, pressing firmly. This left an indent on the wood where I wanted to place my nails.

I hammered down nails on the points of my letter and then laid out the nails in between to get even spacing. I ended up with nails about 1 to 1 1/2 inches apart. 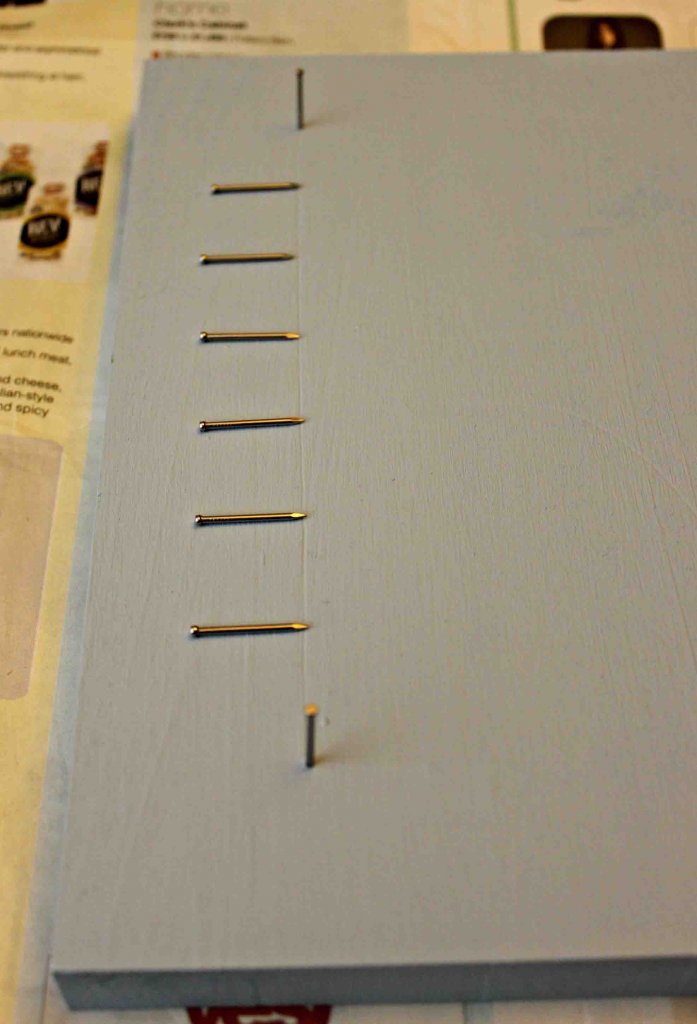 I laid out my nails and hammered them in all around my letter. 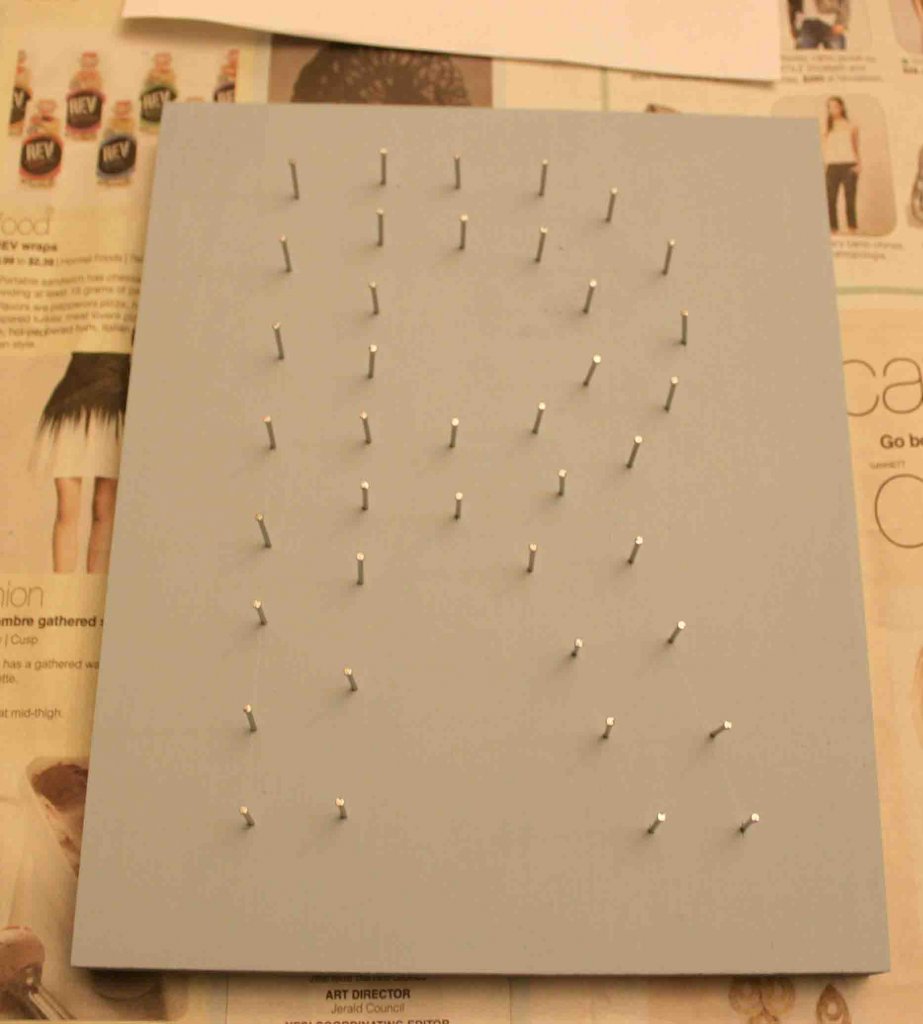 Then for the fun part, I tied a knot with my string around one nail. 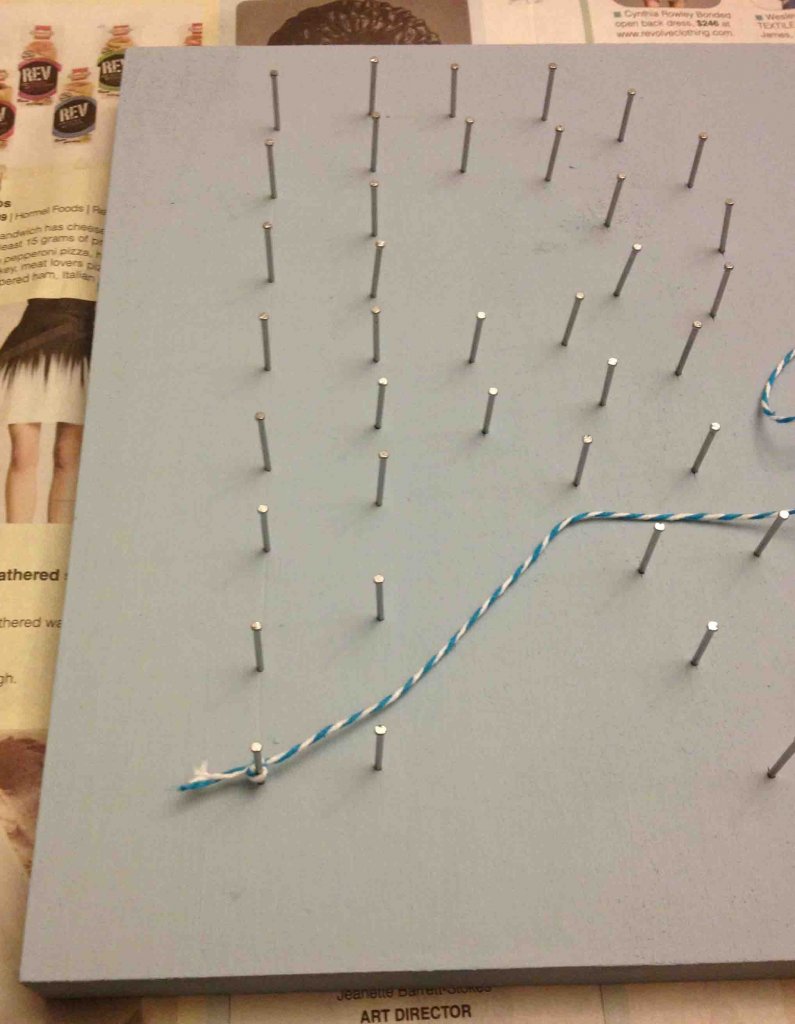 Then I started zig zagging my string around the whole letter. I crossed back to make X’s and finally went around the outside of the letter. I don’t think you can really go wrong with your pattern. If you do something you don’t like, just start over.

Finally, I tied a knot around a nail on the other side of my letter. I was able to tuck my strings under each other to hide them, but I considered gluing them together with a hot glue gun. That’s it. Aside from waiting for the paint to dry, this probably took me only 30 minutes to do!

After having one successful nail string art done, I decided to move on to another one so I wouldn’t lose momentum. I followed the same process for the chevron. I took a few more pictures of the string weaving process, so I’m showing those below. As you know, I love a good monogram project, but I think the chevron is my favorite of the two! 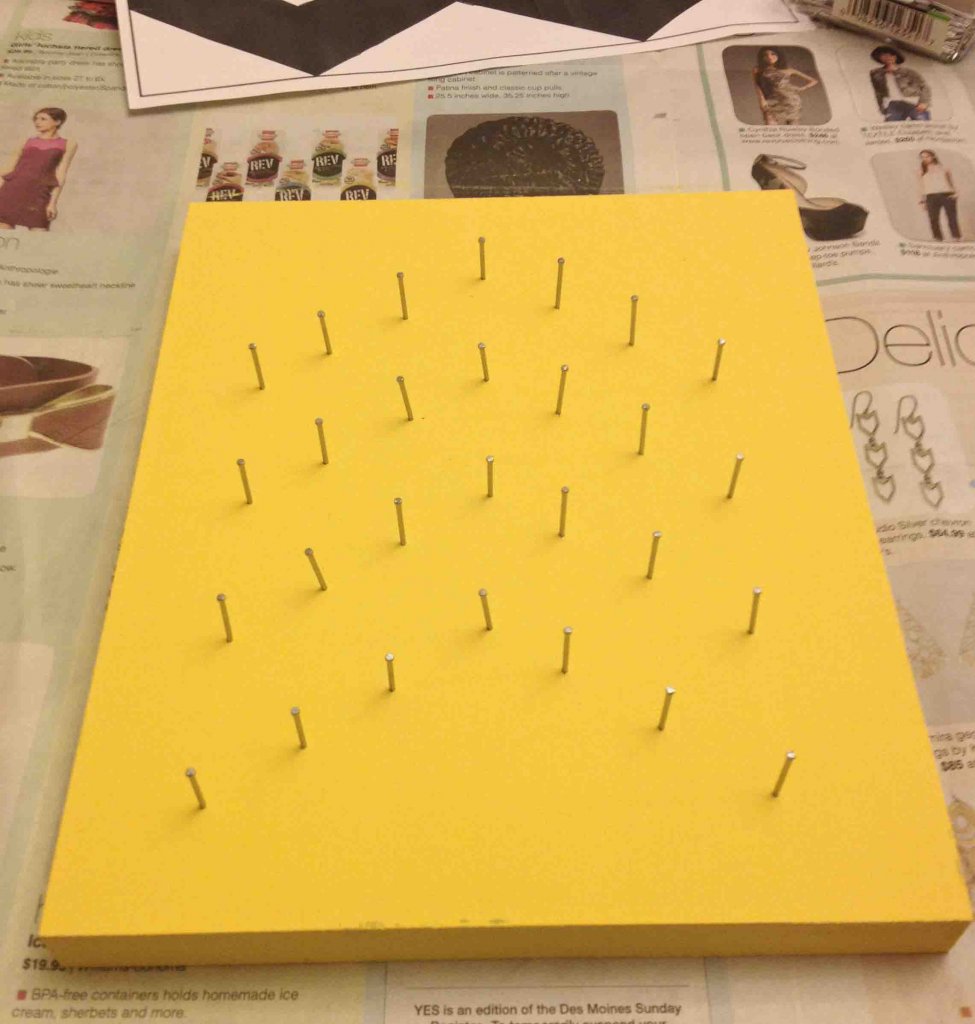 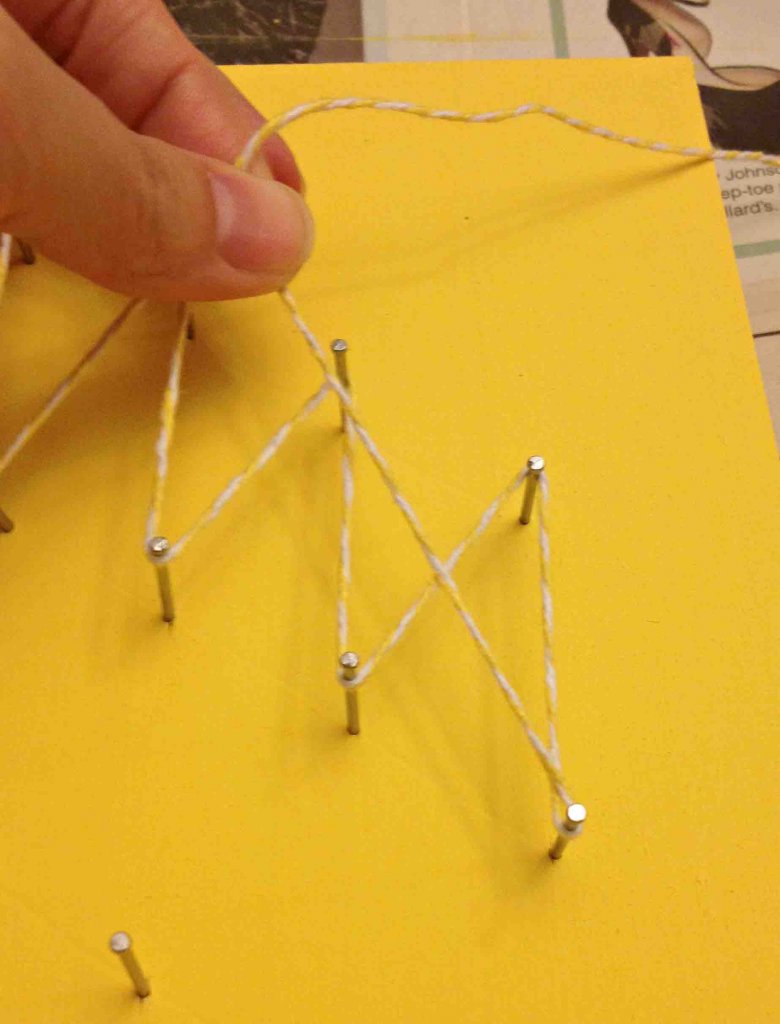 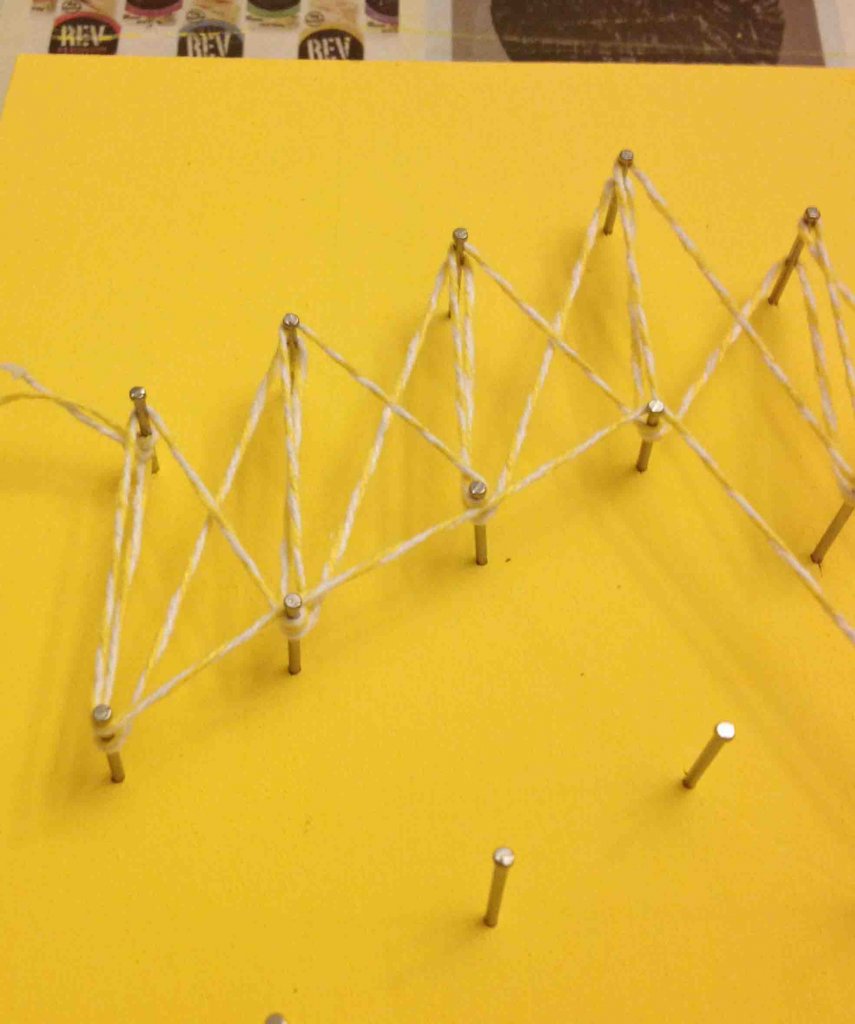 I think I might tackle a state outline next or maybe I’ll wait until holiday and do some seasonal designs.

I already had the nails and paint on hand. Had I not wanted to use colored string, I would have only had to buy the boards.  Quick, easy, and inexpensive – love projects like this!