You won’t see food posts that often here. While I like to bake, I’m not very skilled when it comes to meal planning. To be honest, I just feel like I never have enough time to plan ahead. Since I was off work this last week though, I decided to try some new things. I went through my “Recipes” board on Pinterest for some inspiration and noticed I had pinned a few different mac & cheese recipes. It’s been extremely cold here, so comfort food seemed in order.

I decided on a Chicken Mac & Cheese recipe from Recipe.com. With a prep time of 30-35 minutes and a cooking time of about 25 minutes, it’s not a quick and easy weeknight meal, unless you prepped ahead.

I liked that this recipe included chicken, so we could make more of a meal out of it rather than just a side dish. I also thought the addition of the tomato paste was interesting. The variety of cheeses was calling my name. I considered adding bacon in it too, but realized too late that we were out of bacon (the horror!).

It gives you some choices on what types of cheese you want to use.  I used Gruyere and Triple Cheddar for the sauce, and Parmesan cheese for the topping, and I was very happy with my selection. I added a little more than the recipe called for and used 9 oz. in the sauce rather than 8 oz. I used Penne for my pasta. 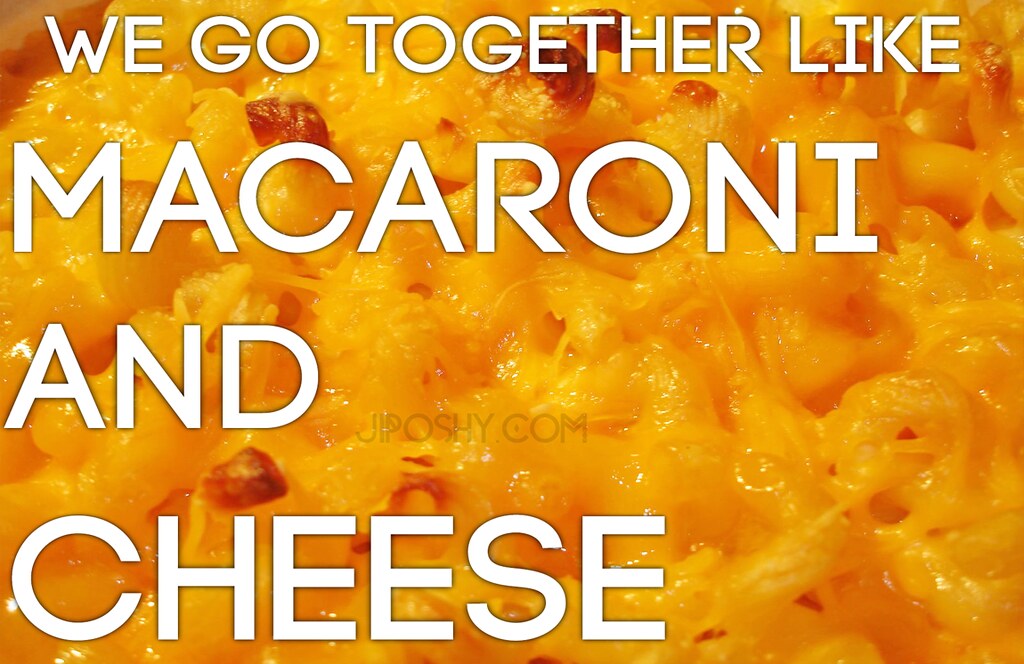 Here’s what the sauce looked like after adding in the cheese. I added a little Cayenne pepper into the sauce as well as some onion powder since I didn’t use chopped onions.

After combining chicken and pasta into sauce and transferring to the baking dish, you add the topping. I did not make my own breadcrumbs. I used Panko style Italian seasoned breadcrumbs because that’s what I had on hand. I liked the crunchy texture of it.

Then I baked it for 24 minutes. The bubbly cheesy goodness came out perfectly. I would definitely make this again. Next time I’ll try the bacon too! My 4-year old son liked it which is a nice departure from boxed mac & cheese.

Salt and pepper (to taste)

I will say, I felt a little better about the fact that I’ve actually tried more than a few of the recipes I’ve pinned. Of the 50 recipes on my Recipes board at the time of this post, I’ve made 8 of them. Percentage-wise, that’s not really that great, but I bet that’s more than the average person. (I’m really just trying to make myself feel better about the fact I don’t cook much, so I’m grasping at straws!).