Is the Pioneer Woman’s Best Coffee Cake Ever Recipe really the best coffee cake ever? Check out how my experience went with this popular recipe. 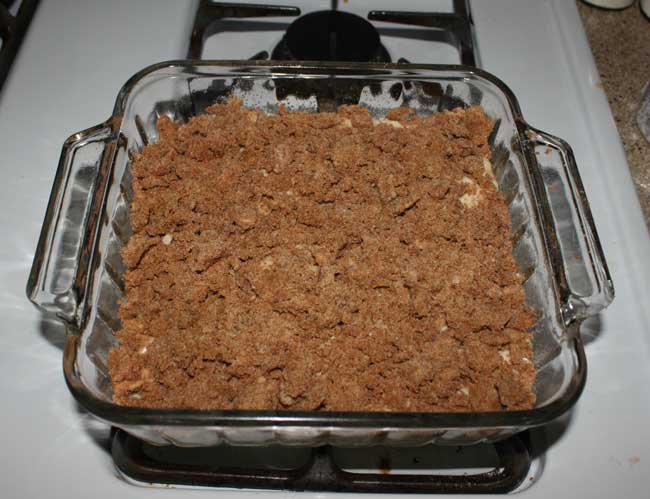 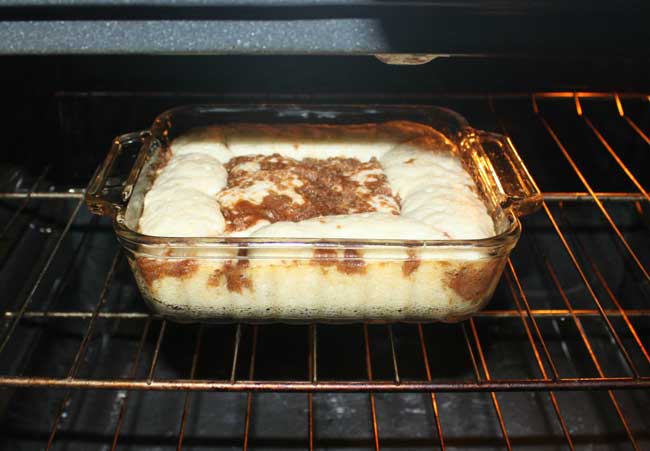 The other day, I had a craving for coffee cake, which immediately sent me to Pinterest to look for a recipe. I ran across one from the Pioneer Woman which she claimed was the Best Coffee Cake. Ever. I’ve had good luck with a few of her recipes that I’ve made before and her pictures looked fantastic.

I had high hopes as I made the batter, which was a little involved, but not terribly complicated for the preparation. It looked pretty darn good as I put it into the oven. The brown sugar/cinnamon crumble on top smelled amazing!

Here’s where I admit that once every few months I have a bit of a baking debacle. Not quite a fail, as whatever I’m making usually tastes pretty good but just doesn’t look quite right. The exception to this was some crazy dry red velvet cupcakes that no amount of homemade butter cream frosting could salvage, but I digress…

I’m not really sure what went wrong. I had decided to forego the pecans she had called for in the crumble on top. I don’t particularly care for nuts in my baked goods. I also halved the recipe. Those are the only modifications I made. Halfway through the 45 minute baking time, I took a peek in the oven. It seemed strange to me that most of my crumble topping was no longer on top, but I figured maybe it would surface again during the rest of the baking process or cooling. It still smelled heavenly. 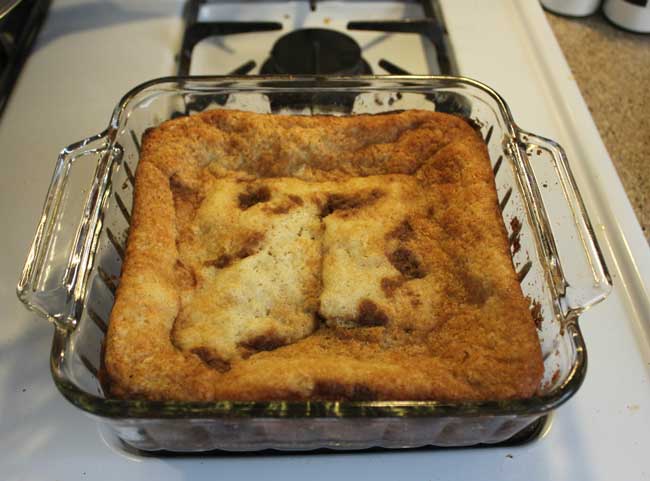 It still tasted delicious, but it was difficult to cut and very messy. I’m glad I hadn’t made this for a gathering and it was just my husband and I eating it. I’m not going to lie though, we didn’t really mind the fact that it didn’t really look quite right. The taste was really good, not that it’s surprising with almost a pound of butter in it!

Had I read through all the comments before making the coffee cake, I would have seen that there were a few other people who had the same problem as I had. I don’t ever see it addressed as to why it would happen. It may be because I chose to omit the pecans, but I doubt it. That would have likely just made the mixture heavier. 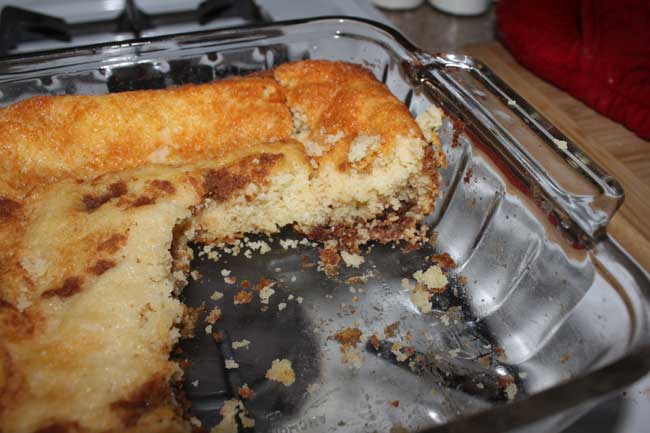 I’m not sure if I’ll make this recipe again. I might try it another time just for us, but I wouldn’t make it for a gathering or special event in case the same thing happened.

Has anyone ever had this happen with a coffee cake or crumb cake? Anyone have a go-to recipe for coffee cake they want to share? Now I’m on a mission to find one I like!

Linked Up At: Marvelous Mondays