This Slow Cooker Bacon BBQ Chicken is anything but basic, yet it’s easy to set and forget in your slow cooker for perfect bbq chicken you can use in a variety of meals.

As a working mom, I appreciate the convenience of using my slow cooker to prep meals in advance. We make BBQ chicken in the slow cooker regularly because it can be used in so many meal options from basic bbq chicken sandwiches to pizza, etc. When I made this most recently, I amped it up a bit and added in bacon to my basic bbq chicken recipe. Then with the help of a new-to-me bbq sauce from KC Masterpiece, this was my best batch yet!

When KC Masterpiece offered to send me a bottle of their Hickory Brown Sugar Barbeque Sauce, I knew we’d be in for some good tasting BBQ. Des Moines is just 3 hours north of Kansas City, MO, home of world reknown barbeque including KC Masterpiece. I’ve tried a few of their sauces before, but this one was new to me. We’ve been on many weekend trips to Kansas City and check out different barbeque restaurants each time. I’m not sure why, but when I was pregnant with Carter, I constantly craved barbeque, and 7 years later that craving has never gone away!

Add all of your ingredients, except for the bacon, to your slow cooker.

Mix together until ingredients are fully combined and chicken is covered. Put your slow cooker on high for about 3-4 hours. (This time around, I used chicken breast tenders, so it took just over 2 hours for the chicken to cook). When chicken is fully cooked, remove from slow cooker and shred. you can use two forks to do this, or my favorite method – shredding chicken with your stand mixer, really it’s a game changer!

Return chicken to your slow cooker, add cooked bacon, and cook for another 20 minutes or so.

We served on toasted buns for an amazing bacon bbq chicken sandwich. I usually serve with a side of sweet potato fries. The KC Masterpiece Brown Sugar Barbeque Sauce was the perfect sauce for this. I usually add a little brown sugar into regular barbeque sauce, and with this sauce, I didn’t have to. It has a great smokey rich flavor with just the right balance of sweetness.

Bacon bbq chicken is so versatile I used this batch to make a few other dishes later in the week, like these BBQ Chicken and Bacon Totchos. Not familiar with totchos – stay tuned for a post next week on this rock your socks off appetizer (or meal). 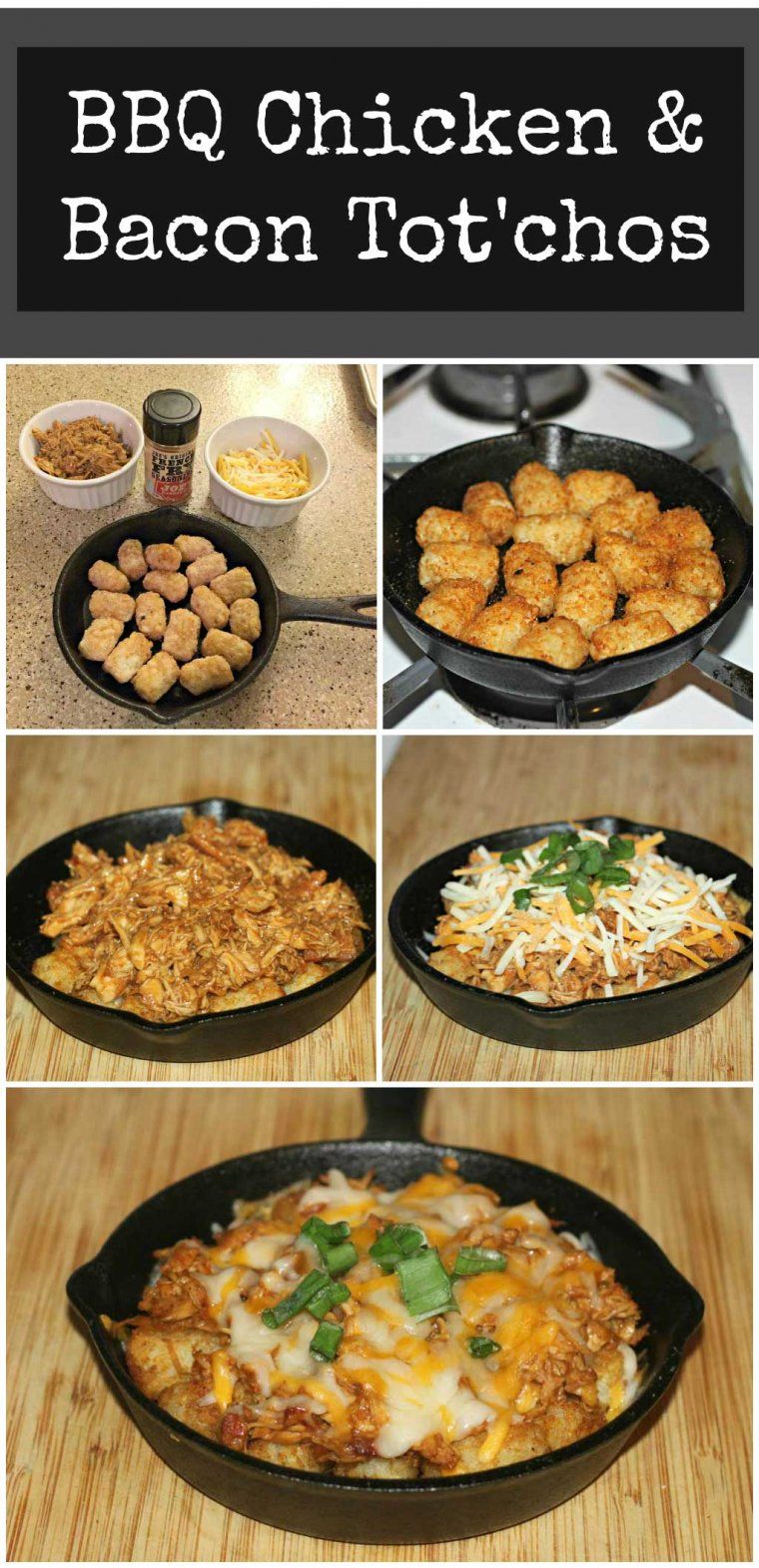 A few days later, Todd was traveling for work and I was looking for a quick dinner, so I made a Bacon BBQ Chicken pizza with a pre-made pizza crust.

Do you have a favorite go-to barbeque recipe?

This is a sponsored conversation written by me on behalf of KC Masterpiece. The opinions and text are all mine.