Step-by-step instructions on making super hero capes for your kids. Plus, check out a great cause for making capes for a good cause! 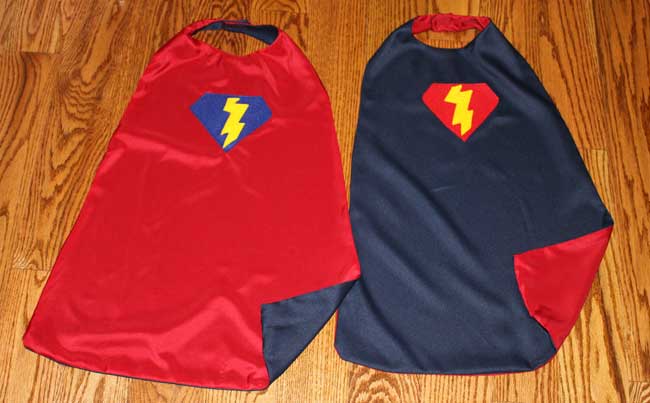 I’ve had Superhero Capes on my crafting to do list for a while, but I hadn’t gotten around to making any until I ran across a program featured in FamilyFun Magazine’s December/January issue featuring a partnership with Craft Hope and Enchanted Makeovers for a program called Capes for Kids. They put the call out to ask readers to make homemade superhero capes for children living in shelters. “Why capes? Enchanted Makeovers founder, Terry Grahl, explains that it’s not just because they lend themselves to imaginative play, but also because they remind kids, don’t wait for a superhero…be one.” I couldn’t think of a better reason to make a few super hero capes, and I finally set aside some time this weekend to do them.

I decided to use one of Carter’s dress up capes as a template for mine. FamilyFun posted a super simple almost no-sew pattern on their site though if you’re not into sewing.

I started out with one of Carter’s capes to cut my fabric. I had bought my fabric in the remnant bin at Joann’s some time ago and I didn’t have quite enough for the same size as my sample cape, so I improvised and made them a bit narrower by folding in the sides and then tracing my template and cutting the fabric. To make sure I had the sides even, I folded it in half after cutting and then trimmed any excess accordingly. 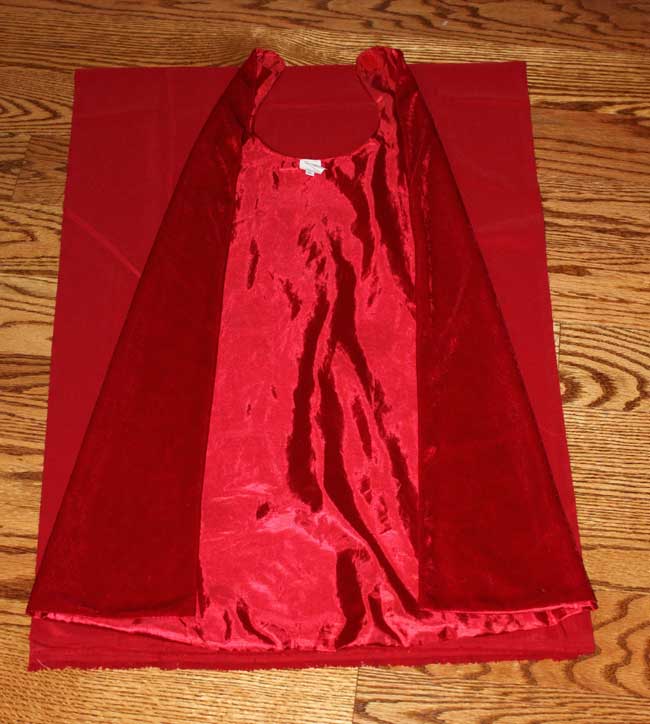 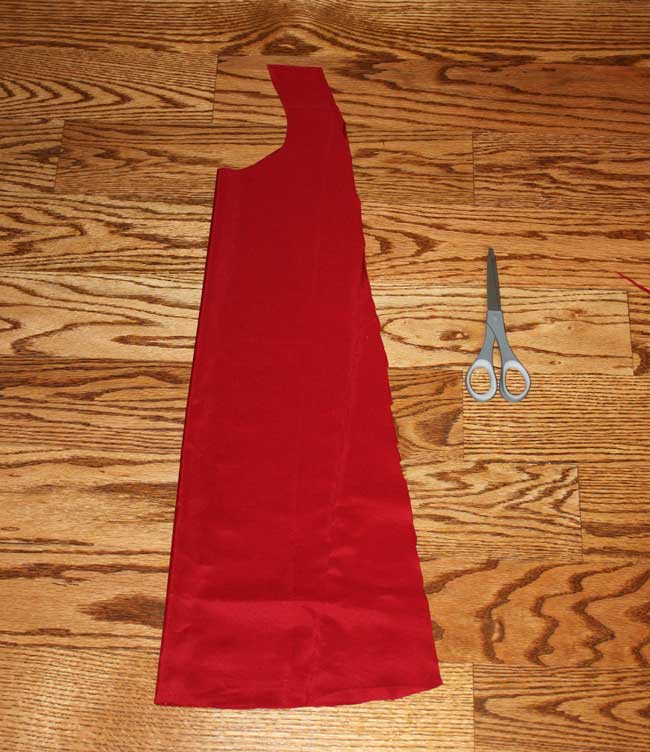 After I cut cut out both my red and blue fabric, I cut superhero emblems with lightening bolts out of felt. 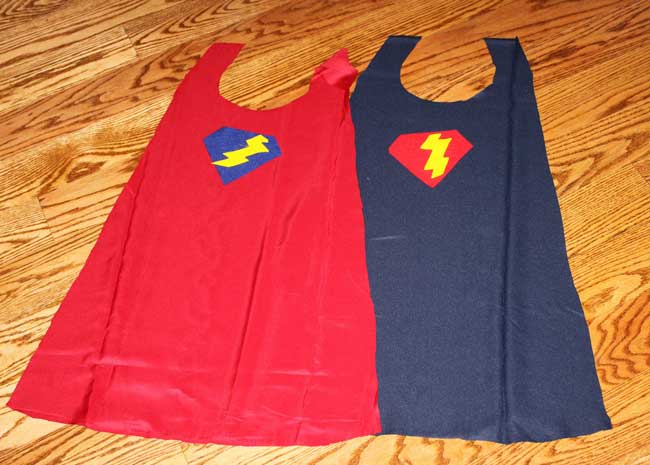 I recently did another project where I used fusible web to iron on my felt before sewing it down. Since I absolutely hate pinning, it made things a lot simpler and I vow to user it wherever possible! I ironed on my lighting bolts to the emblems and then the emblems to my cape material. 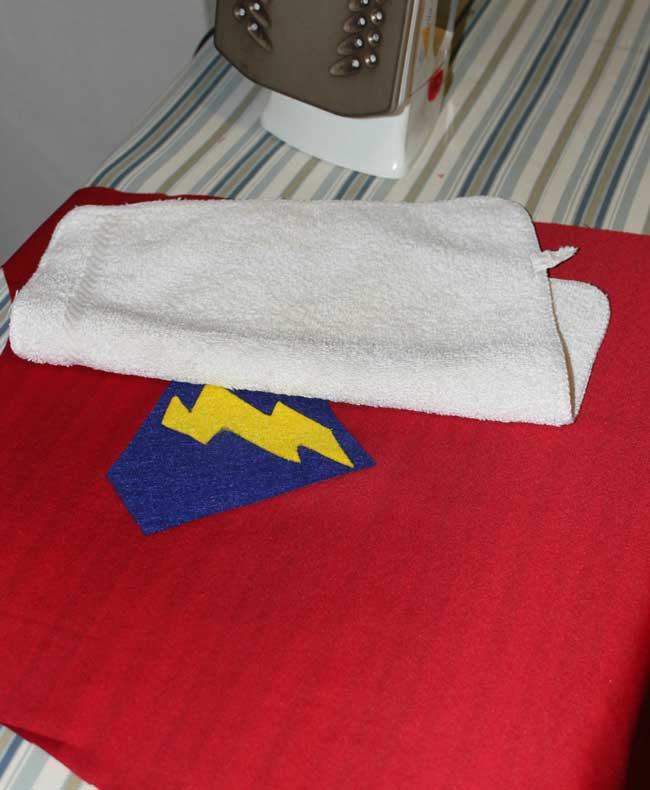 Then I sewed on my felt applique to the top piece of each cape. I did one with red on top and one with blue on top and used the opposite color felt emblem for each. 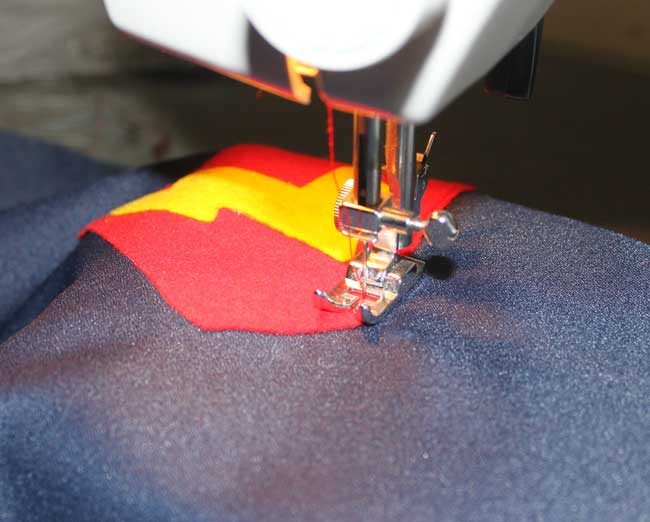 After that I turned put the top side face down on my other piece of cape fabric for each (the ones without the emblems) and pinned them together. 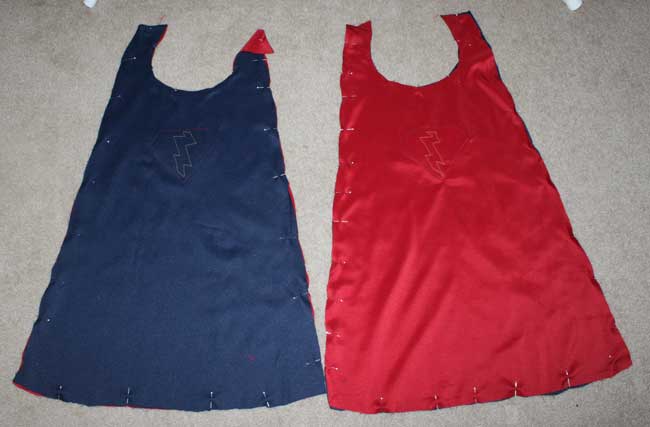 Then I sewed all the way around each cape leaving a 4-5 inch gap open at the bottom so I could turn them right side out before finishing. After turning the capes right side out, I sewed the opening of each one closed. 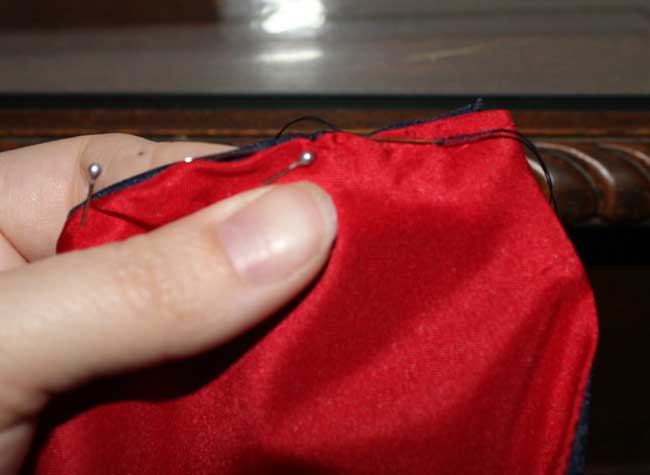 Finally, I sewed a coordinating piece of velcro on each side of the neck closure. One on top and one on bottom. I bought the wrong kind of velcro, but I made it work. 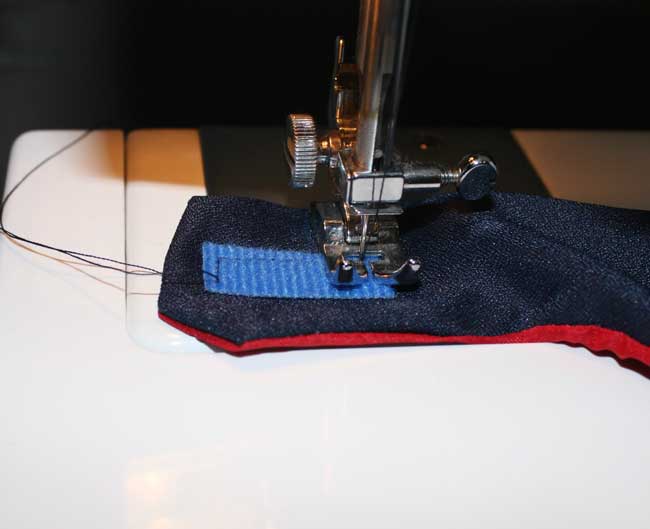 And there we have it, two finished capes. Carter modeled one for me (somewhat unwillingly) until he decided he wanted to wear his Iron Man mask. 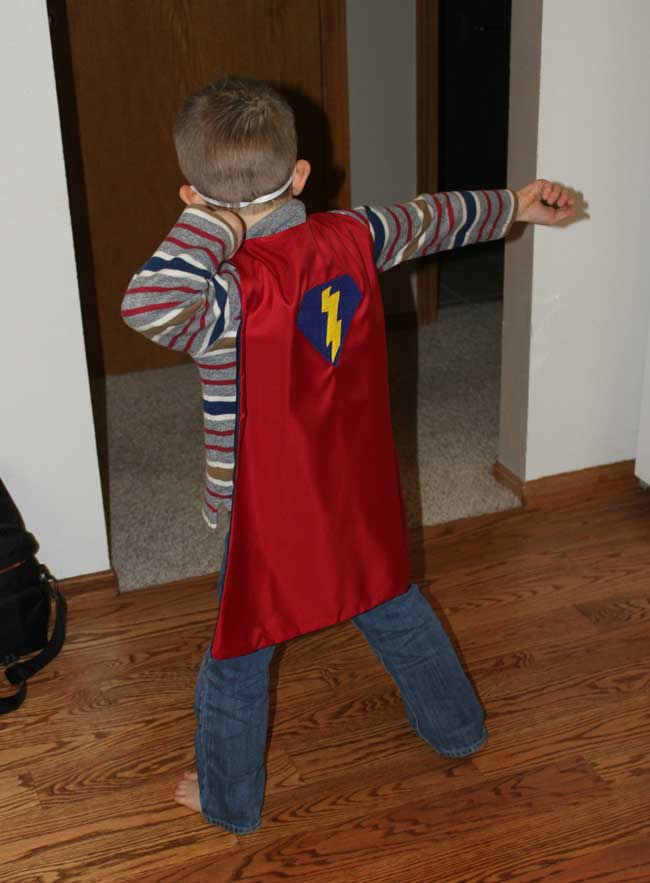 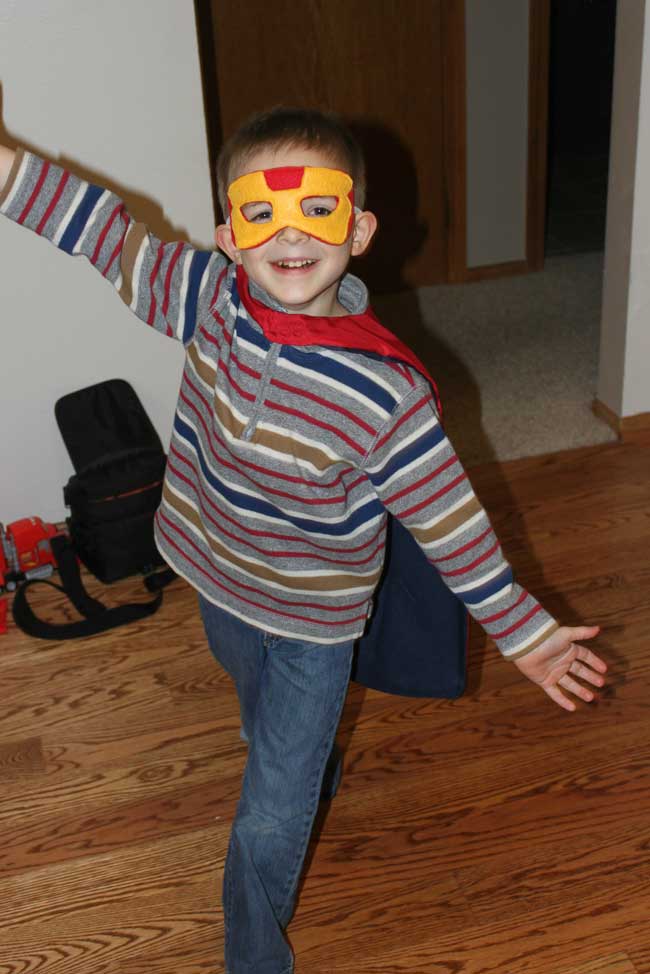 Carter was only slightly upset at first that I wasn’t making him a new cape. He’s used to being the recipient of many of my projects, but once I explained to him about the kids that the capes would be going to, he thought it was a good idea to give them away to other kids. I wish that I had some material on hand to make a few capes in girl colors. I’m a firm believer that girls can be fierce super heroes! We’re in the middle of crazy winter weather though so I had to make do with what I had on hand.

Check out CraftHope.com for other great projects to craft for good causes. I know I’ll be keeping tabs on new projects they feature.