A Nerf battle birthday party is the ultimate party theme for any Nerf gun loving kid. Get ideas for invitations, DIY activities, a Nerf war, and camouflage cupcakes.

Last week we celebrated Carter’s 8th birthday. It’s so hard to believe he’s 8 already, but I seem to say that every year on his birthday. Slow down time! For the last six months or so he’s been talking about having a Nerf battles birthday party. He really didn’t want much for his birthday except to have an “epic party” with his friends.

We went the DIY route, but we tried to keep it pretty simple. He had about 10 friends he wanted to invite, so we decided to have it at a local park so we had plenty of room AND didn’t have to worry about cleaning our house before (or after) the party.

To set the stage, I designed invitations using the free version of PicMonkey. 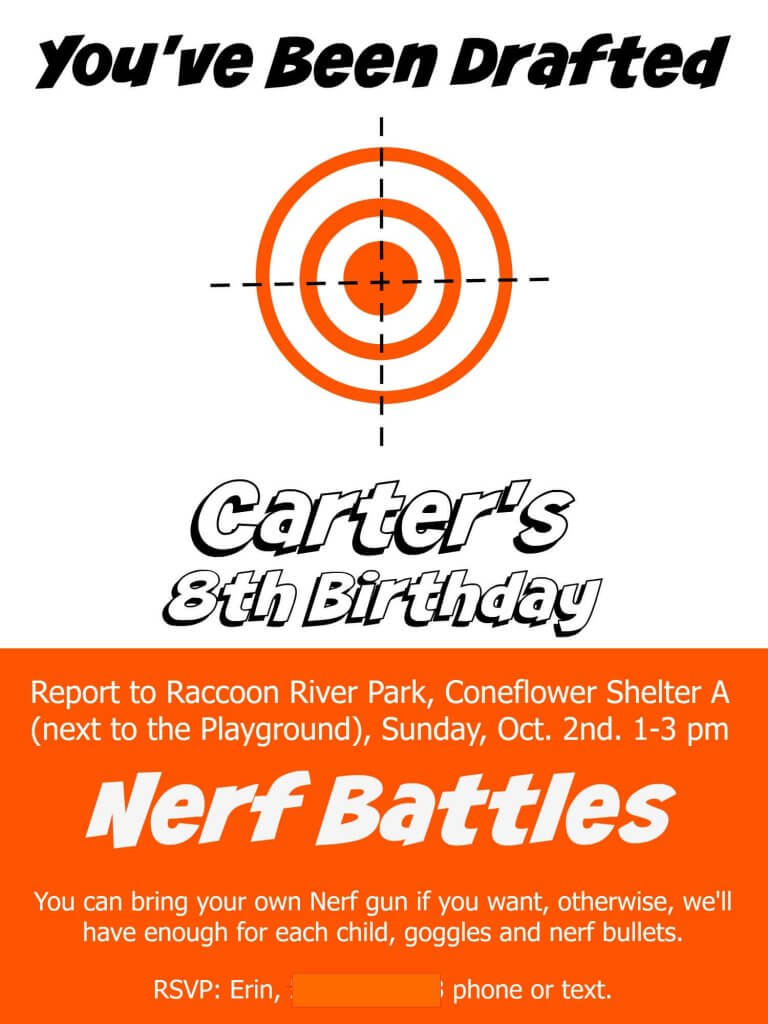 Every year I make a custom birthday shirt for Carter to wear to school and his party. This year I used the bullseye idea from the invitation and created it using heat transfer material on my Silhouette Cameo. (T-shirt found at Target). 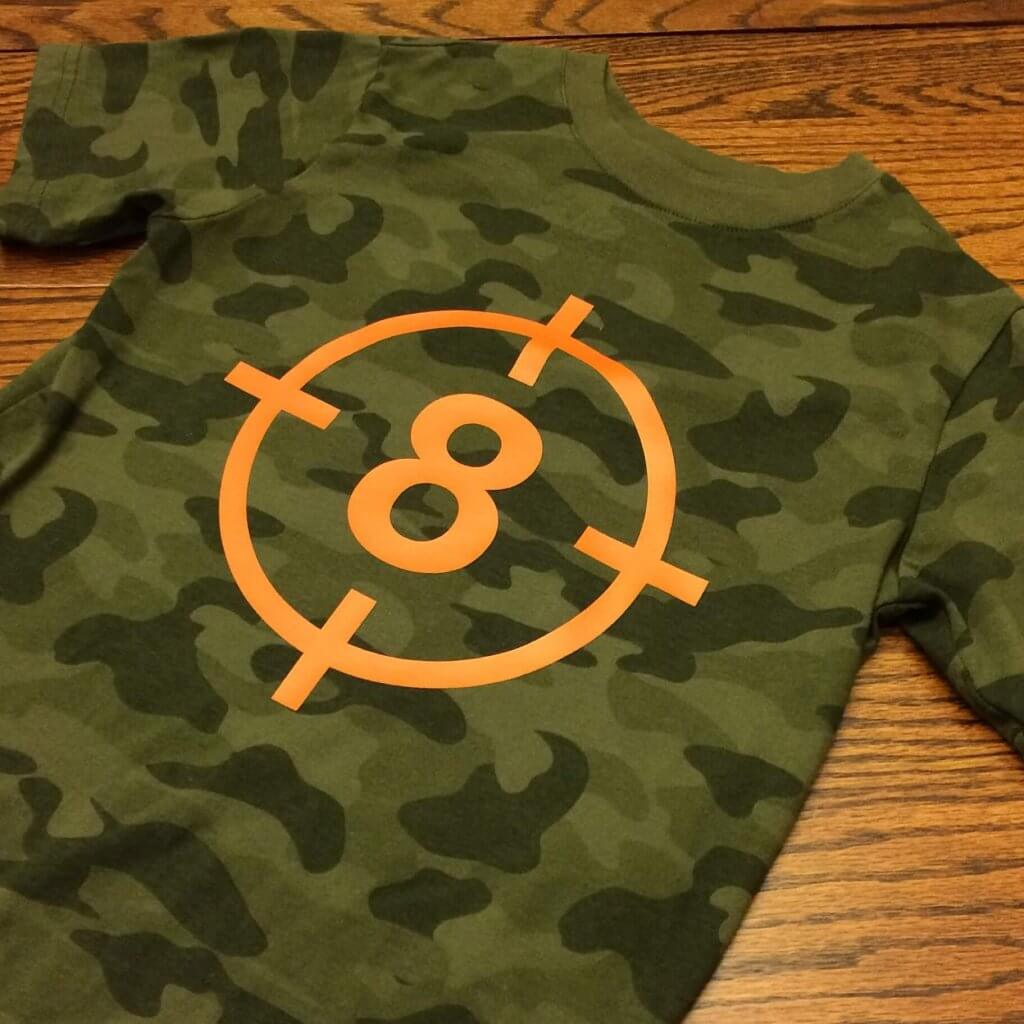 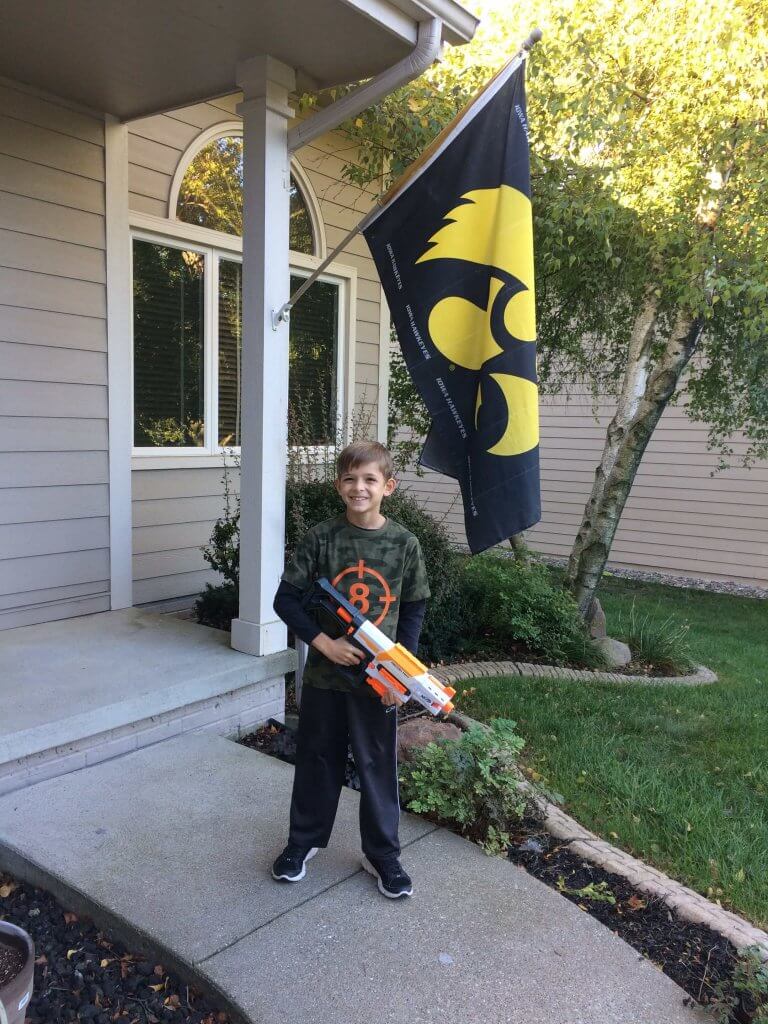 The main activity we planned was a Nerf battle, “capture the flag” style. The party was going to be 2 hours though, so we weren’t sure if that would keep the kids entertained the whole time or not (we shouldn’t have been worried!), so we decided to also create a few target practice activities.

Bullseye Target Practice – I made these using cardboard cake base circles and craft paint. 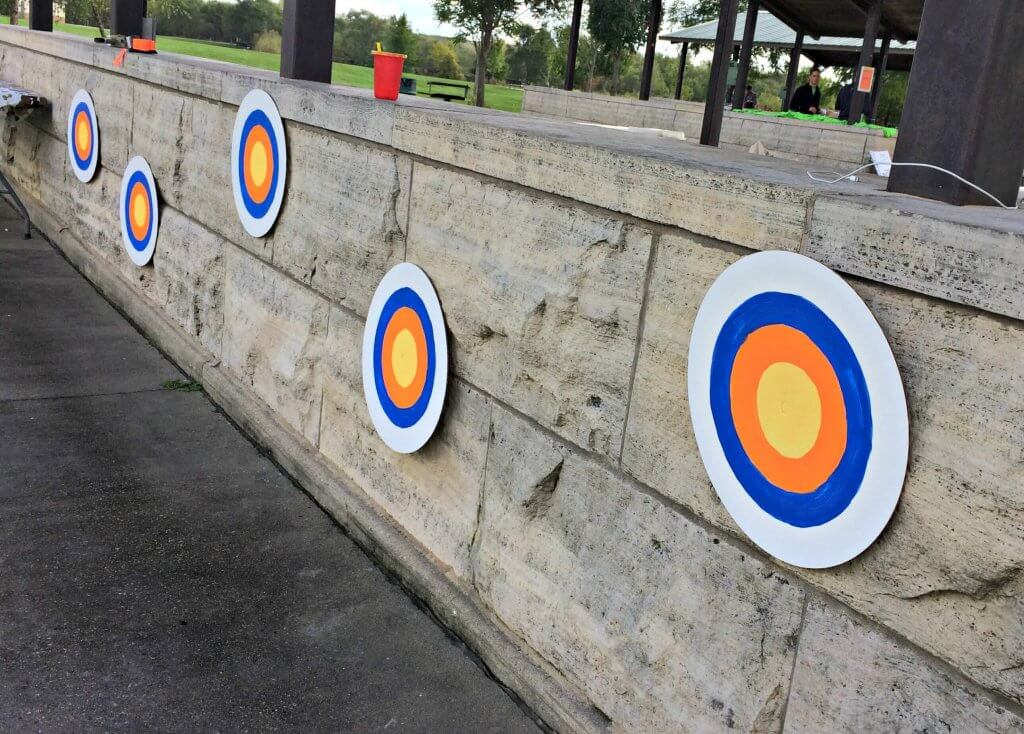 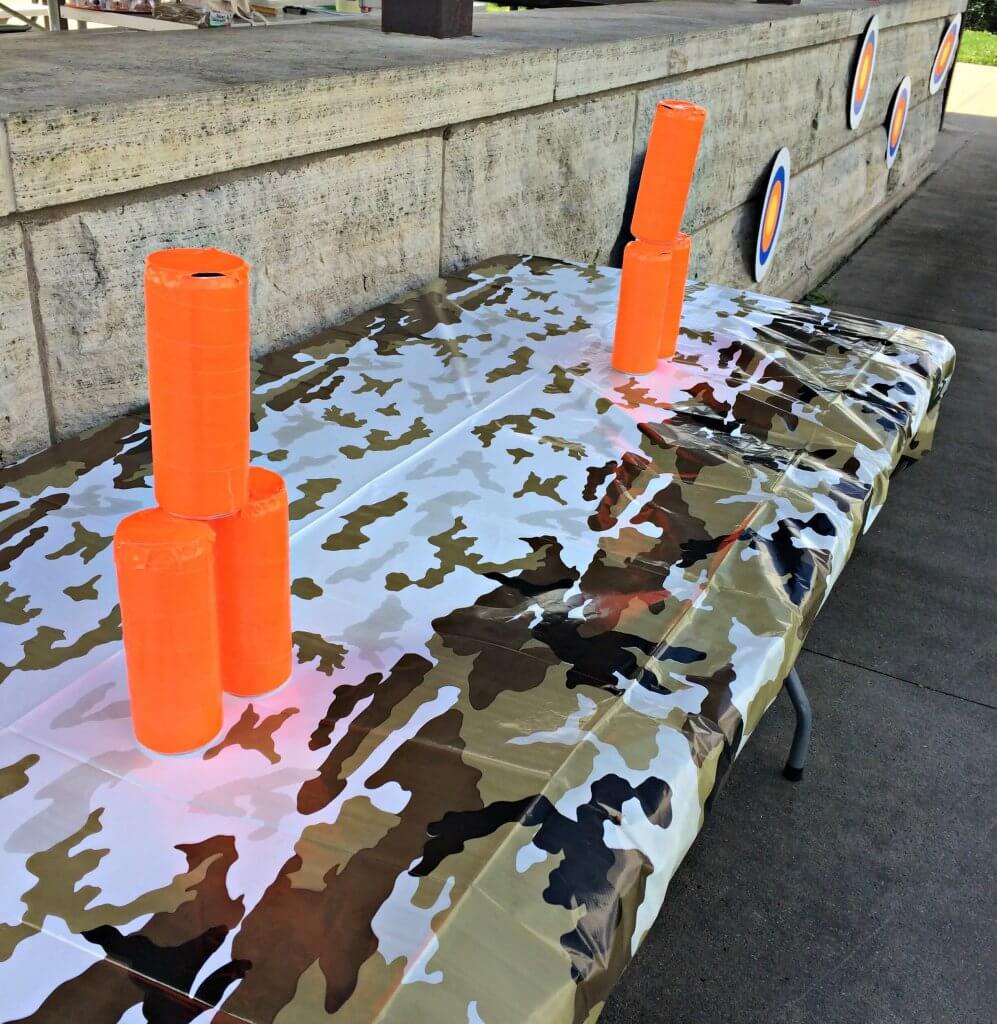 Punch Through Bullseye – This was made with one of the cardboard cake circles and varying sized plastic party cups covered with tissue paper. I put little prizes inside each cup. Then I duct taped the bottoms to the cardboard circle. 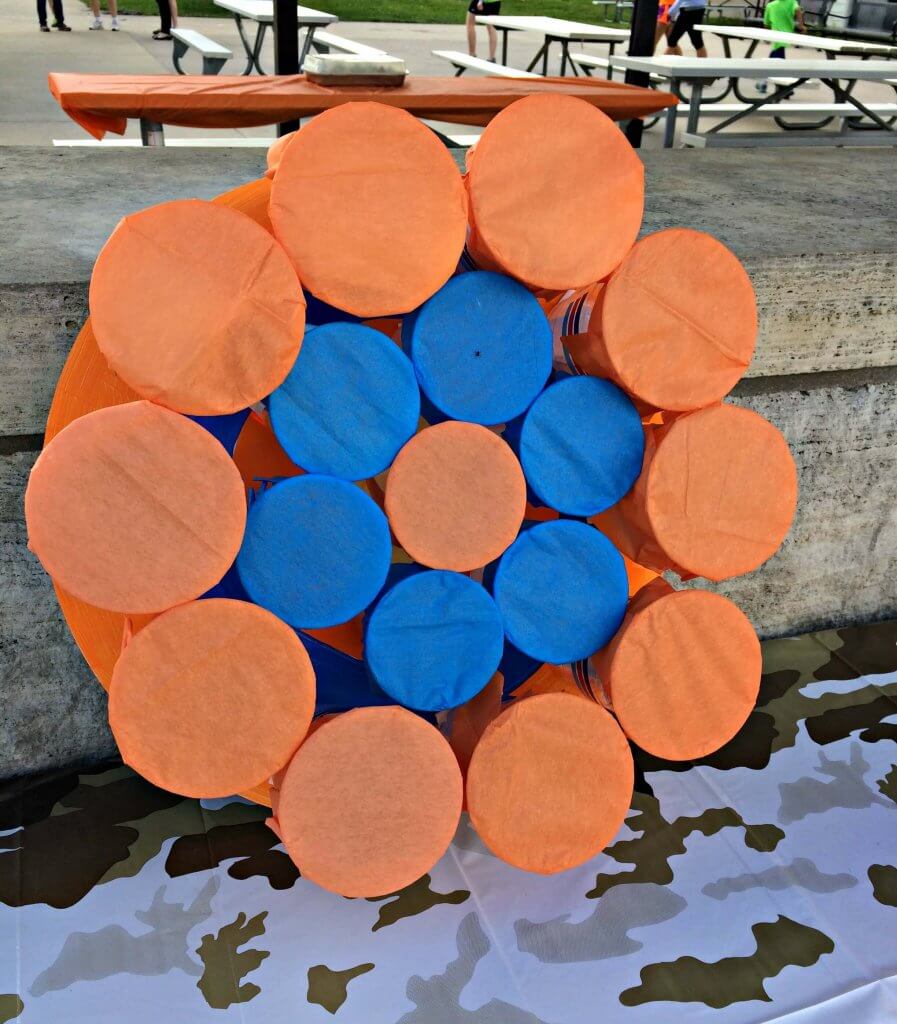 We asked friends to bring Nerf guns if they had them, but we had some extras, and I had bought these little Nerf Jolt single shots and safety goggles for each kid too. They got to take both home as party favors. I also bought a mega pack of extra Nerf bullets for easy reloading. Tip: we brought masking tape and a sharpie to put everyone’s names on their Nerf guns. The kids wanted to trade around a lot and try each others out and there were a few duplicates, so this allowed us to keep everything straight at the end of the party. 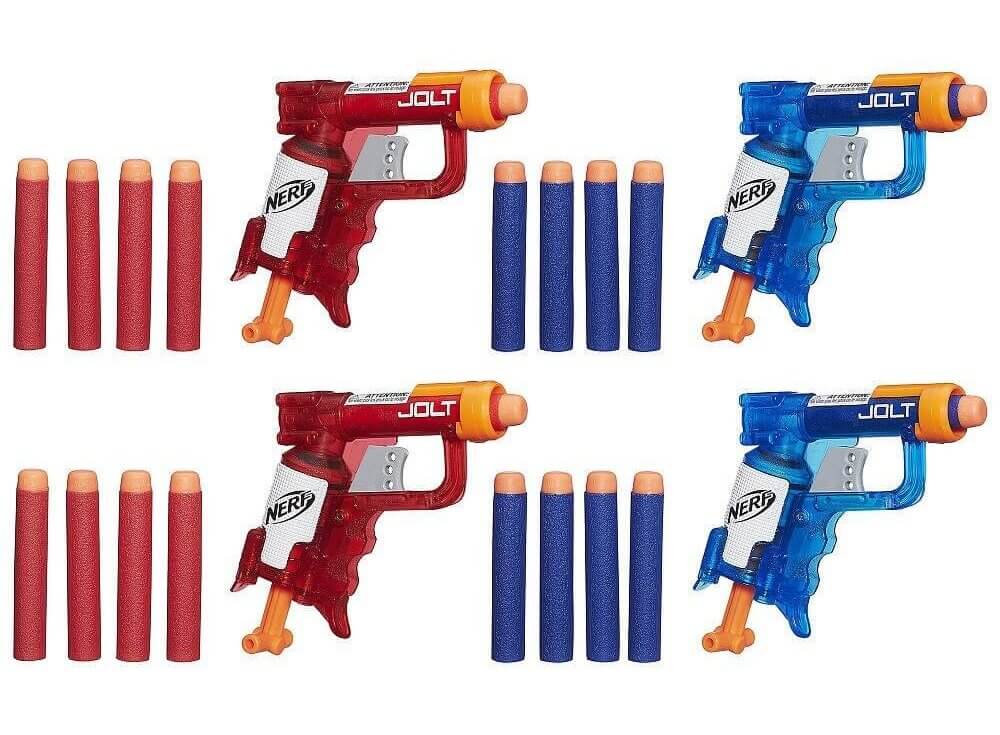 For the Nerf battle, I painted 8 pieces of cardboard camo style and Todd attached stakes using zip ties. (Stay tuned next week for a tutorial on an easy way to paint camouflage designs). We staggered these in the green space next to the park shelter and placed a bandana flag on each end of the battle ground. 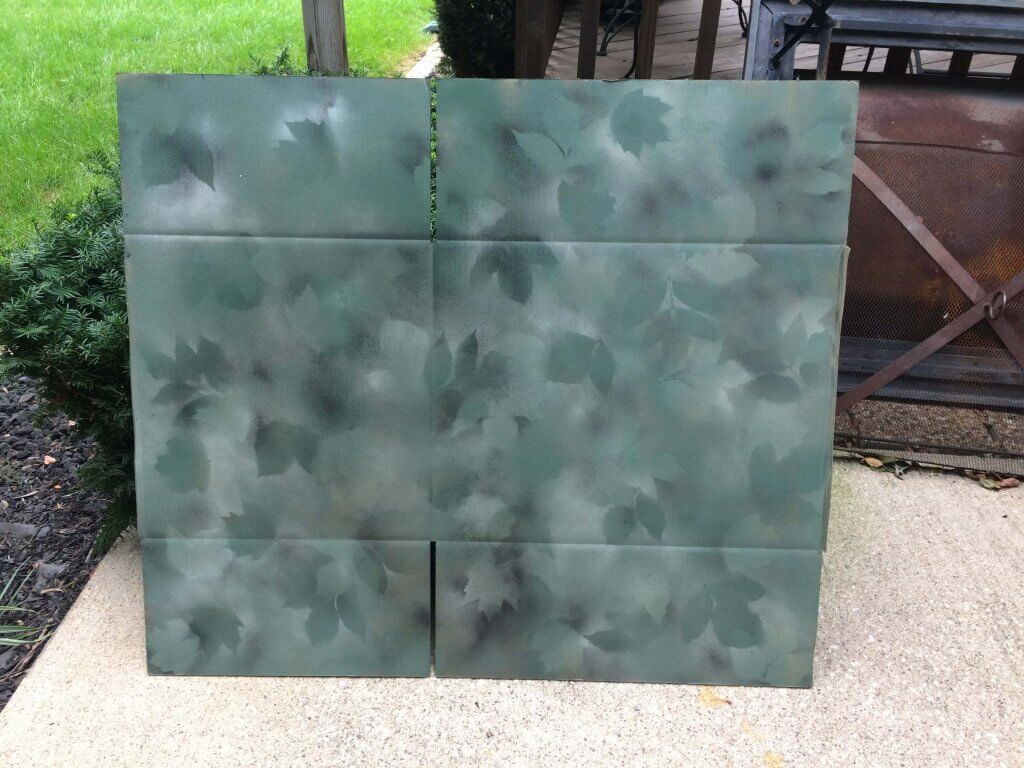 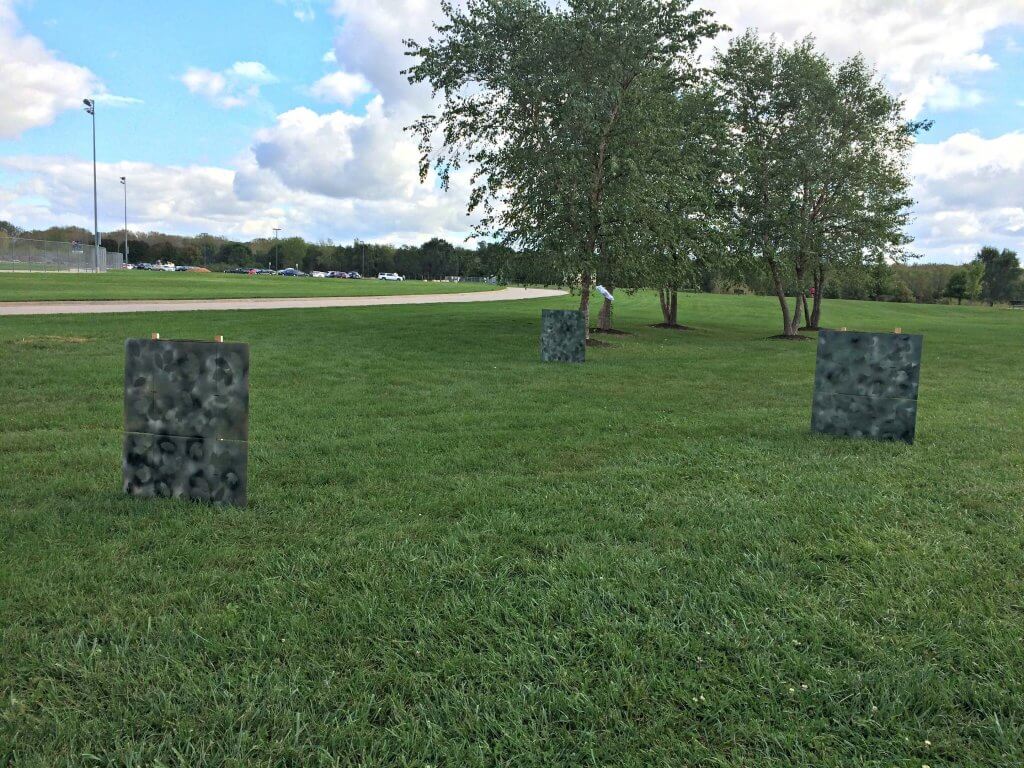 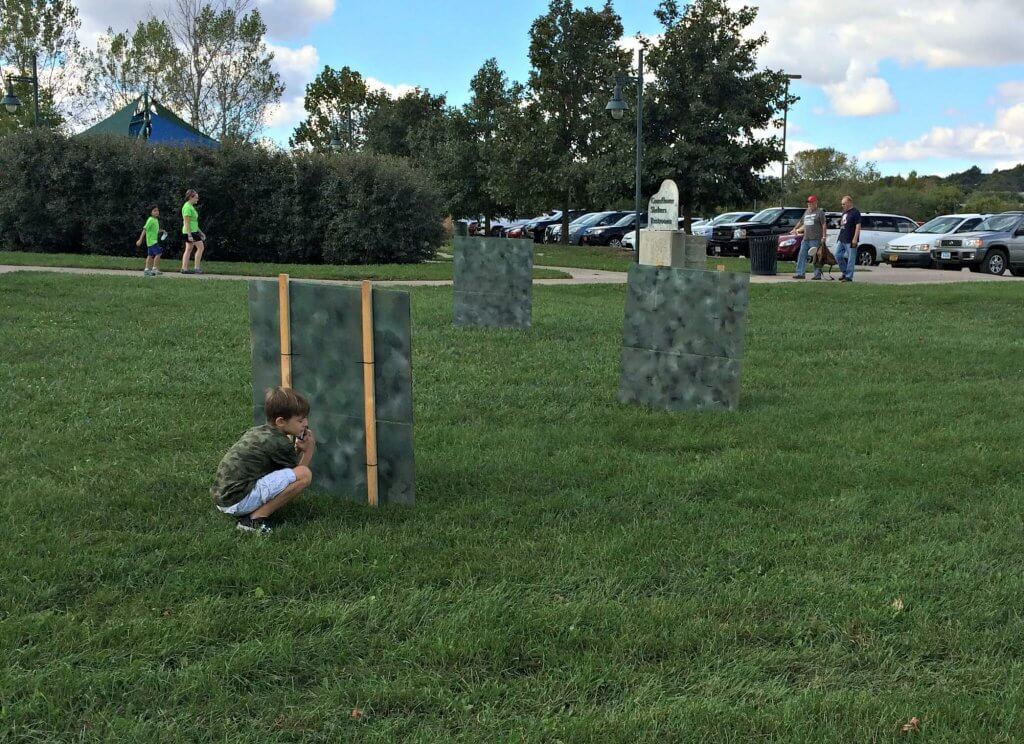 This was a big hit and it’s all the kids really wanted to do at the party. We did visit the nearby park for a few minutes, but they all couldn’t wait to go back and shoot each other. Of course the adults had to get in on the fun too! We even had people at the park stopping by and saying what a great idea it was for a birthday party. 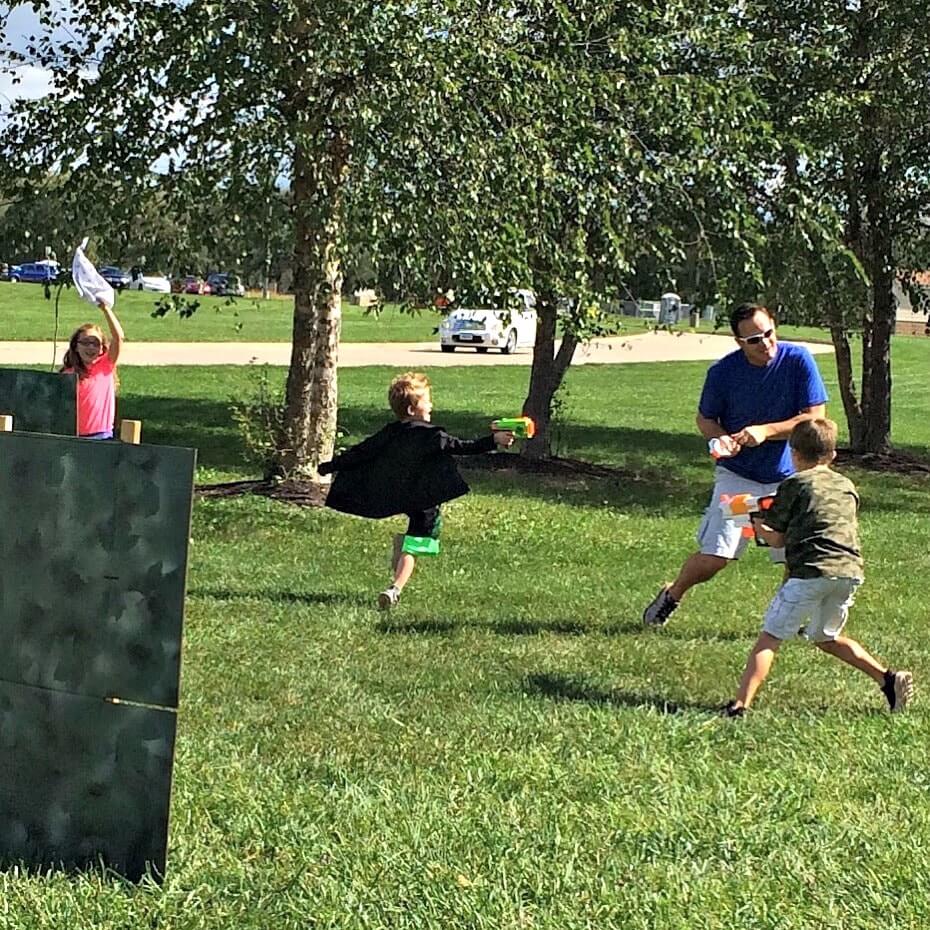 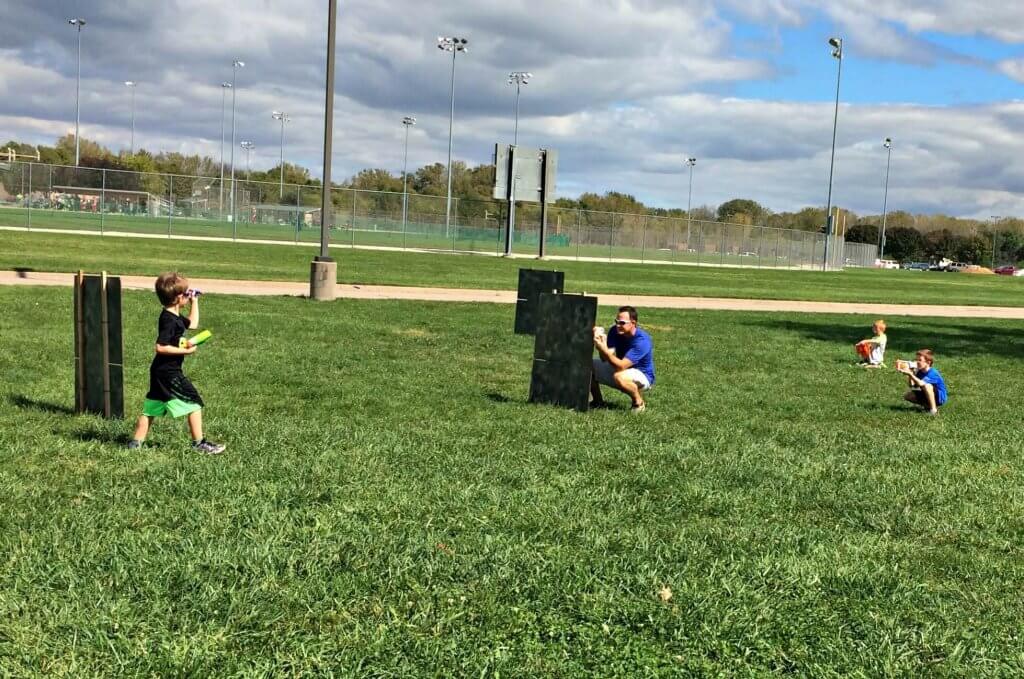 For birthday treats, we kept it pretty simple, opting for orange Gatorade (to go with the Nerf theme) and these camouflage cupcakes. They were surprisingly easy, although a bit more time consuming than regular cupcakes. 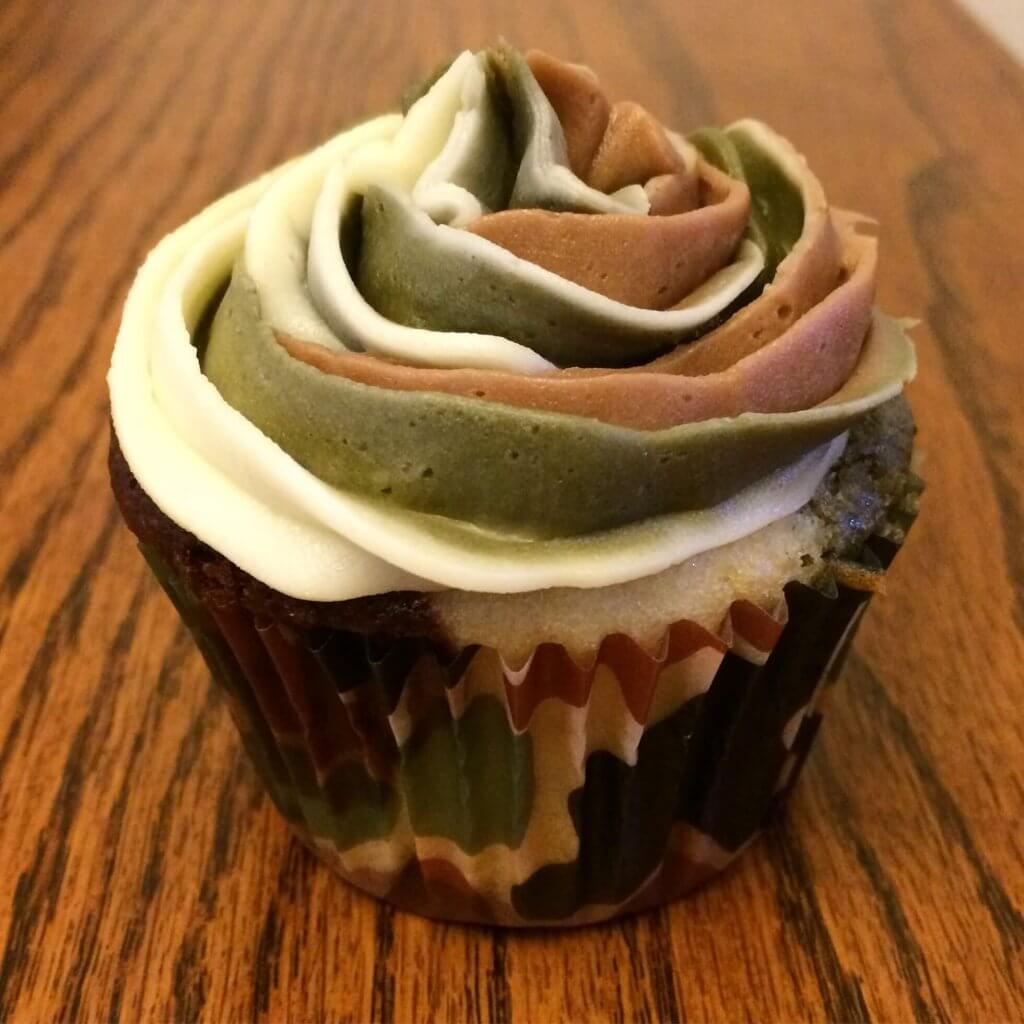 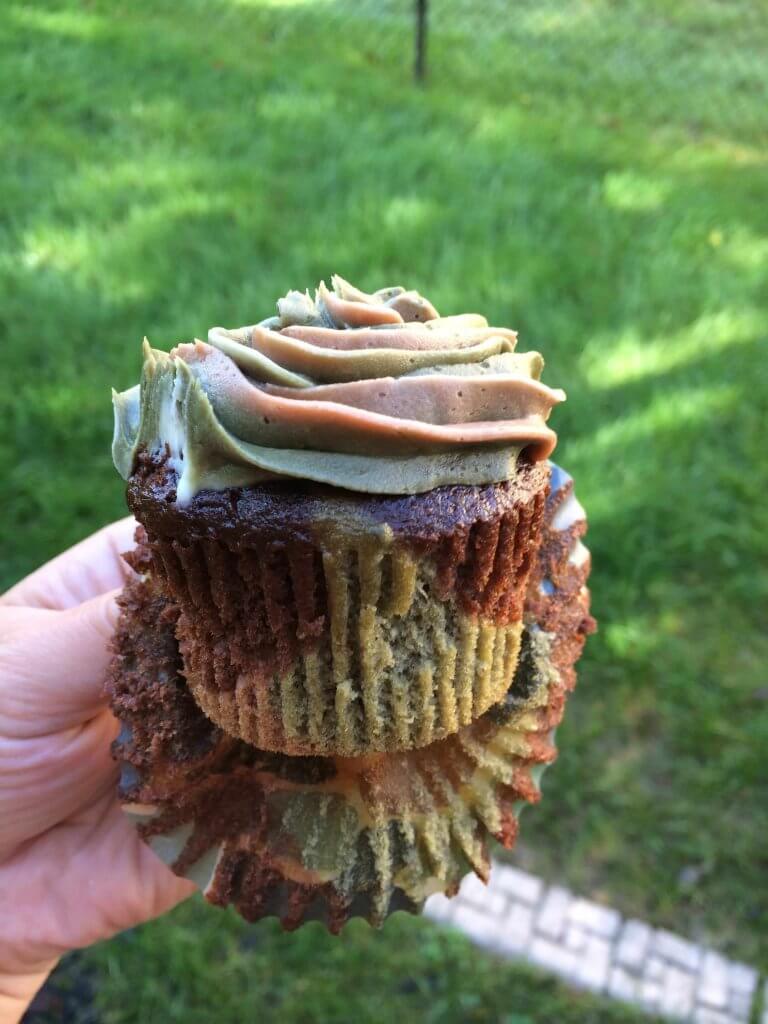 It was such a fun day for all the kids and Carter really loved it. He asked whether he could have a Nerf party again next year for his birthday. We’ll see if he really wants that in about 11 more months!

If you’re looking for more ideas for this theme, check out my Nerf Party Ideas Pinterest board. I found lots of inspiration and other fun ideas.