I’ve mentioned a few times that I’ve recently started a new job. Not only was it a job and company change, but my new company is 100% virtual, meaning everyone in the company works from home. I knew this would be a big adjustment after working more than 15 years in corporate office environments, and for the most part I was looking forward to it. A lot of people have asked how it’s going, so I thought I’d do a post on expectations (mine or those of others) vs. what the reality has been like. (Spoiler: Overall, so far so good!).

Expectation #1: I’ll get distracted by other things to do at home.

When I told people I was going to work from home, often people would comment that they weren’t disciplined enough to not get distracted by other stuff that they needed to do around the house. Honestly I wasn’t too worried about this one. I’m a pretty self motivated person when it comes to work, and I genuinely like what I do. I can’t say the same thing about doing house work. It is nice to be able to throw in a load of laundry here and there or take 10 minutes  to clean up the kitchen, but for the most part I kind of have to force myself to do those things – I’d much rather work! Last week, I dumped a load of clean clothes on the couch in the morning to serve as a guilty reminder to fold them, which I finally did… after dinner. 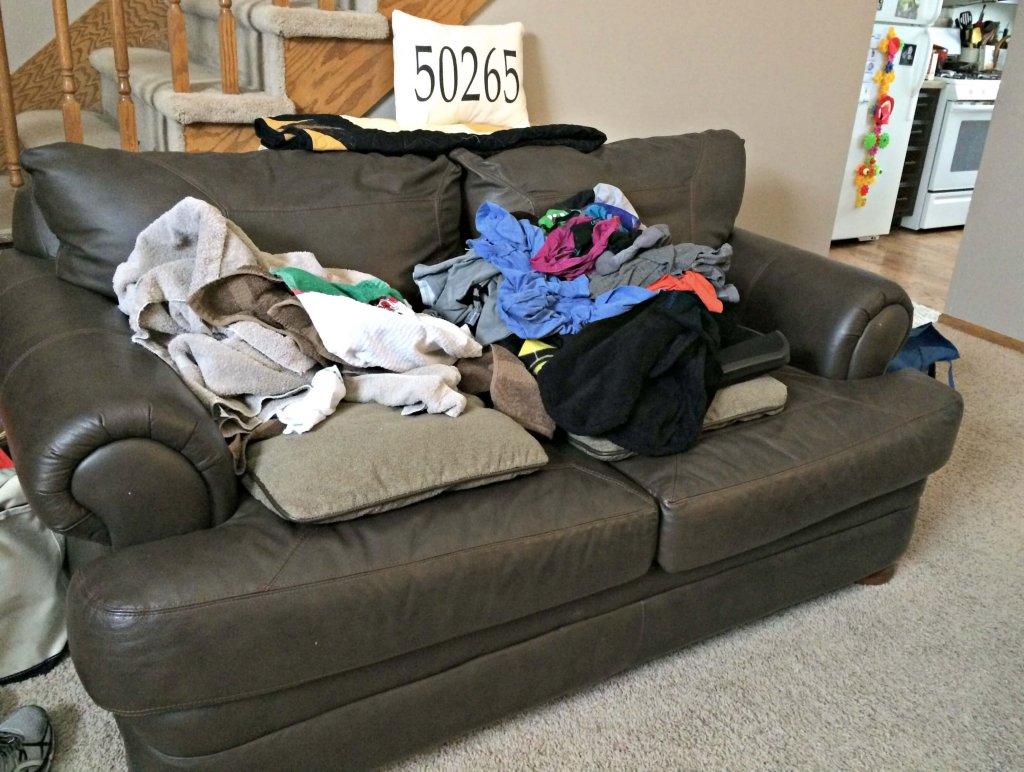 Expectation #2: I will miss seeing and talking to co-workers in person.

This one is partially true. I had worked at my previous company for 12 years, so I had a lot of good relationships with people there. I do miss all of them, but surprisingly I’ve been pretty okay with not having face to face interactions with co-workers. Since my entire company is virtual, we do talk a lot to each other during the day. One other thing I’ve noticed is that I am making much more of an effort to spend time with people in my non-working hours. In my old world, by the time Friday hit, I often enjoyed just being at home as a family and was happy if we didn’t have a lot of plans for the weekend. Now I’m the opposite and make a lot more plans for us to see friends and family. I’m also trying to schedule lunch or dinner dates with friends, so I get a social outlet.

Expectation #3: Communications and systems will be hard to figure out.

This is partially true. My new company has good documentation and everyone is really helpful when you have a question, but it’s slightly more effort having to have someone explain over instant messaging vs. someone being able to pop over to your desk to show you. We use Skype a lot, and thankfully we don’t use video much (more on that in a minute), but the first few days I did have a bit of paranoia that I was doing it wrong and other people could see me even if I couldn’t see them. I “fixed” that in a low tech way by just putting a folded up piece of paper over my camera. 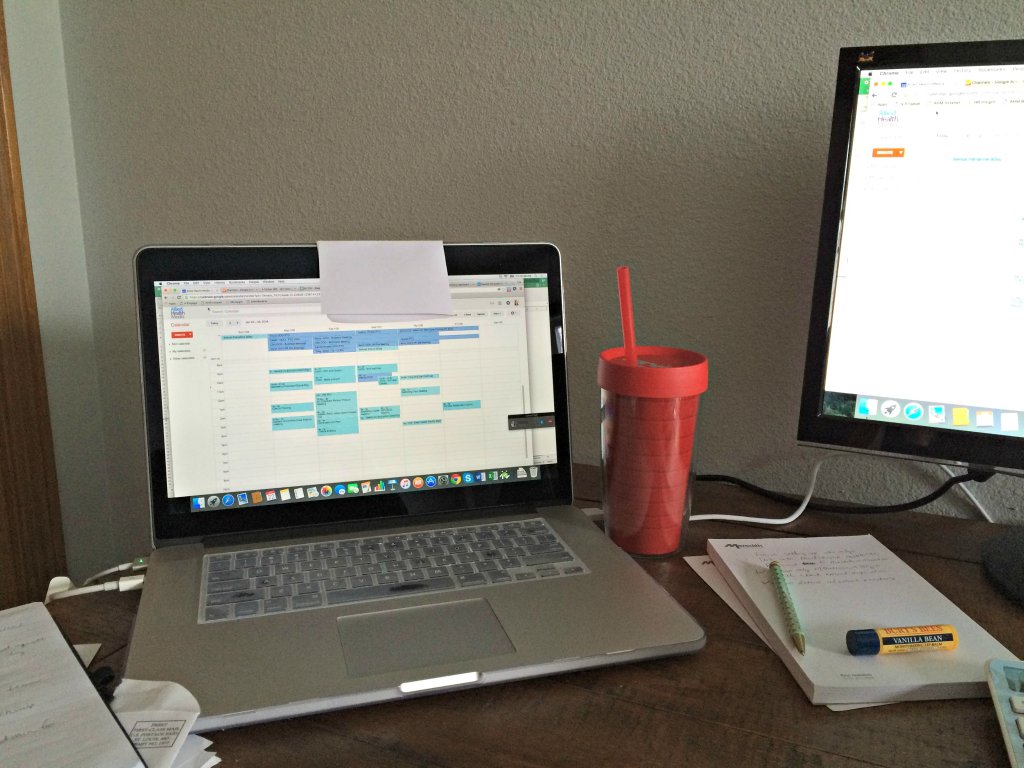 Expectation #4: I will become a hermit and never see the light of day.

This is one I was actually a bit worried about, especially since it’s winter and I generally dislike the cold. I’ve surprised myself a little because the cold doesn’t seem to bother me nearly as much in the daylight. I try to get outside for at least a short walk or run every day, even if it’s just around the block if that’s all I have time for. When I was working in an office, during the winter I rarely saw the light of day since it was barely light when I went to work and dark when I got home. 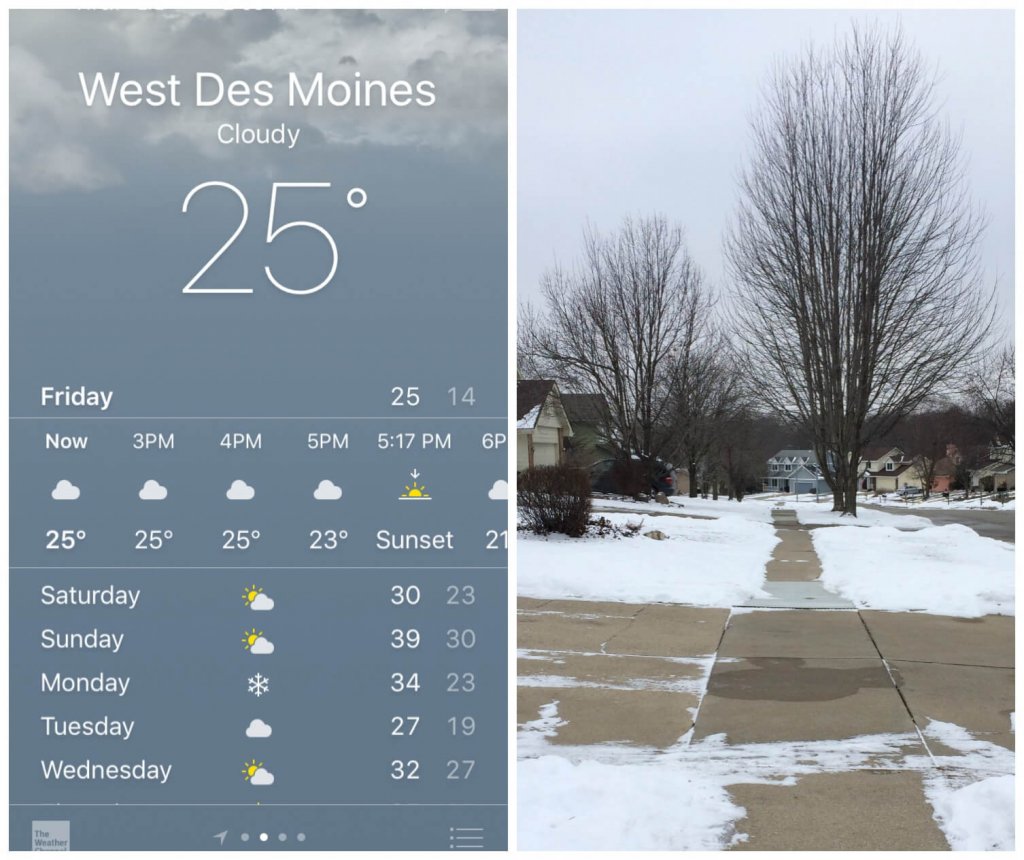 I’m still in good shape on hygiene so far, but I will say I’ve very quickly assimilated to my new office wardrobe. I used to dress up for work even though we had a pretty lax dress code, as I never knew who I might get pulled into meetings with during the day. I never really minded and liked the excuse to buy new clothes. My work “uniform” in the winter generally consisted of a dress, cardigan, scarf, tights and boots. Now, I roll out of bed and into workout clothes most days. Again, this is the blessing of us rarely using video chats. The mornings are so much easier now! Don’t worry, I am actually showering every day, it’s just much later in the day than it used to be. I definitely change out of my pj’s since I often have to drop Carter off at school and it’s kind of embarrassing to greet the FedEx guy in the afternoon otherwise.

Expectation #5: It will be hard to not eat all of the time.


I was really worried about this one, and unfortunately it is a bit of a struggle so far. It’s way too easy to pop into the kitchen after a long call or after sitting for a long time. I’m also working out more now, but for some reason that makes me feel like I can eat more. I have to get this one in check soon or I will be taxing the stretch in my yoga pants. Just like when I worked in an office, I eat my lunch at my desk most of the time. By the end of the day, it’s like a graveyard of dishes. My mom will be happy to know they actually make it down to the kitchen every day, unlike my room when I was in high school. 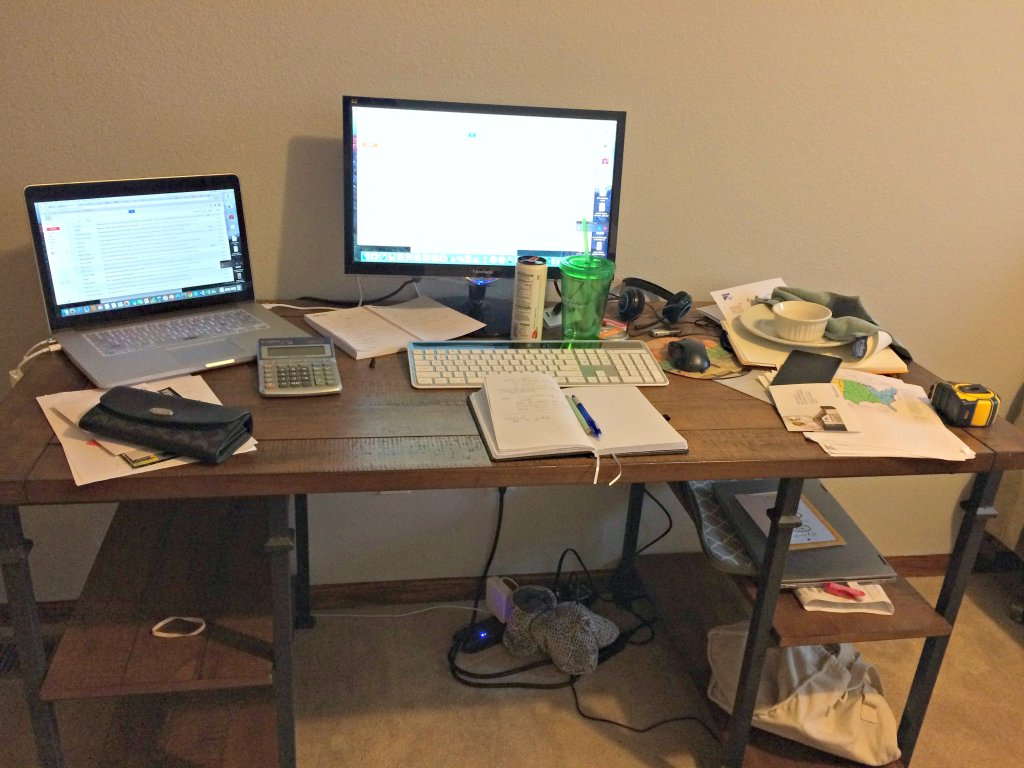 Expectation #6: It will be hard to get away from work and I’ll work all the time.

I was pretty much working all the time in my previous job, so any additional flexibility was welcome. My new company has a pretty heavy emphasis on work/life balance as a culture. I’m sure the work will ebb and flow, but so far I’ve been able to keep it in check and close the door to my office when my work day is over. I may check emails in the evening or finish up a project, but without a commute at all, I can generally use that time well. I can be a bit of a workaholic by nature, so it’s something I will try to be mindful of.

Expectation #7: Dual work from home household will be difficult (aka Todd and I will drive each other crazy!).

I may have mentioned this before, but my husband also works from home. We were both a little apprehensive about how it was going to go with us both officing (is that a word?) from home. He’s used to having the house to himself during the day. I assumed it would be a bigger adjustment for him than for me, and I was right. It only took a few days for the most part though (at least he doesn’t seem visibly annoyed anymore  🙂 ) Most of the time he’s really only here a few half days a week and out seeing his customers the rest of the week. It will likely be what gets us to move to another house finally though. While we do have separate office spaces, they’re a little too close together (see below!). Luckily we’re both pretty good about telling each other when we need some space, it will just probably happen a little more often now! 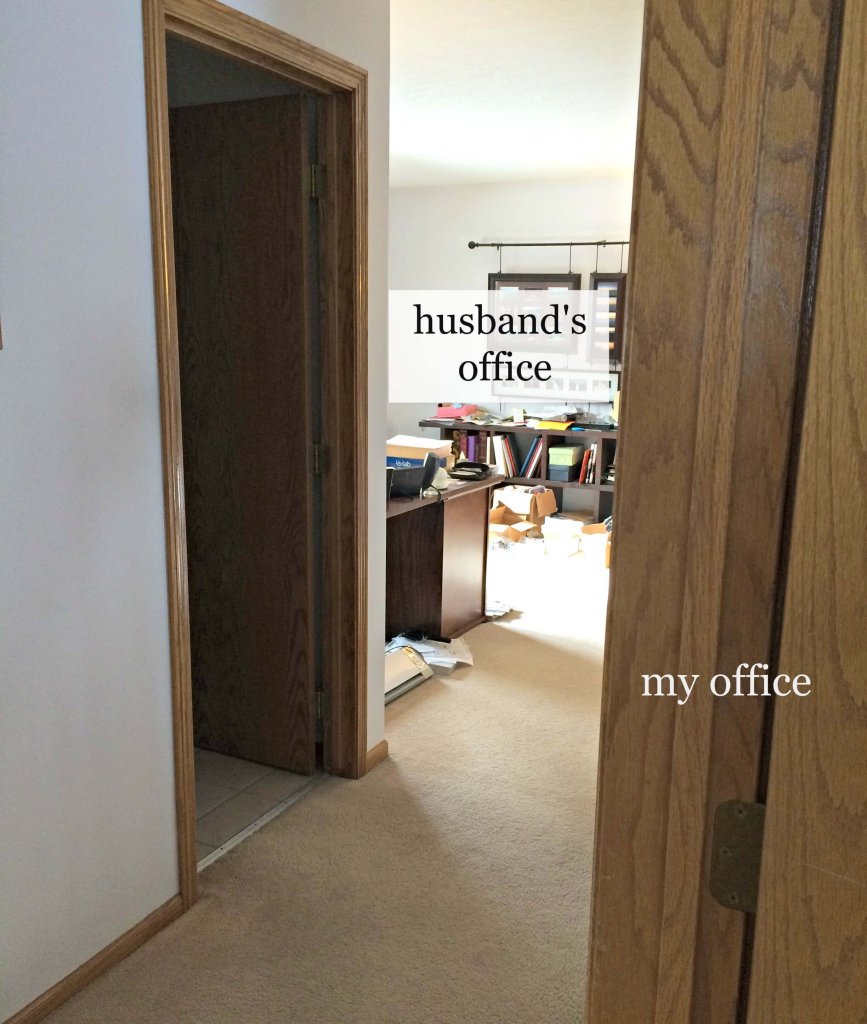 Overall, I’m enjoying my new job, the people I work with AND my “new” office environment.

What about you? Do you think you’d like working from home? Or if you already work from home, what were your expectations vs. realities?