I was happy to see September come, but also a little happy to see September end! It’s always a busy but celebratory month for us with both our anniversary and Carter’s birthday. It’s also the switch to new fall schedules and the beginning of the busiest season at my job. This means it wasn’t an overly productive month for projects, but I should know better than that by now!

We started out the month with Carter starting Pre-K. Even though he’s at the same school he has been at for daycare and preschool pretty much since birth, it was still an exciting transition for him. He is so excited about being in the preschool classroom. He’s already learning so many new things. We did the obligatory first day of school picture. I asked him a few questions about his favorite things and I’m hoping to continue that on through the years to see how his answers and interests change.

We’ve had a few get togethers this month for various football games and family get togethers. One of my go to snacks is my 15 minute Chex Mix. I hate to brag, but I take great pride in my Chex Mix and would contend it’s THE BEST!

Carter started fall soccer this month. We were a little nervous after spring soccer was a bit of a train wreck. Baseball was better this summer, so we weren’t sure what we were in for. He said he wanted to play soccer, so here we are. Week 1 went pretty well, no tears at least. Week 2 we got rained out. During baseball I realized I needed to start labeling his sports equipment so we wouldn’t end up bringing the wrong things home. These waterproof sports labels were really easy and are working like a charm. We even tested the waterproof part out in the rain last week! 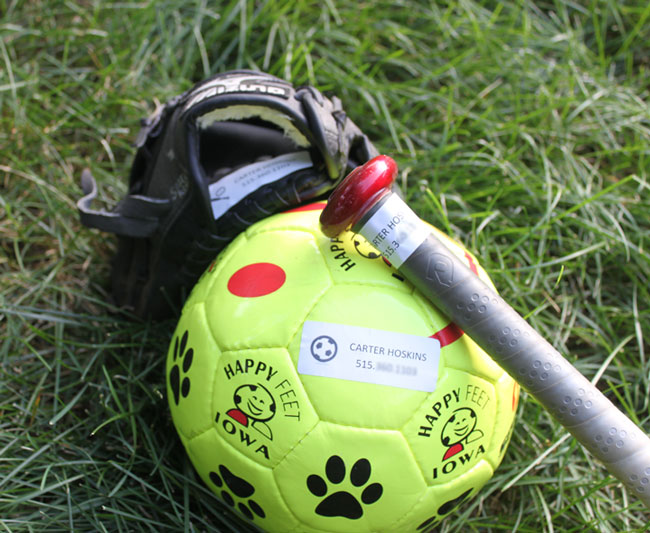 Last week we had the first round of celebrations for Carter’s 5th birthday. We had our family over for a barbeque last weekend.  We took him to a local pumpkin patch on his actual birthday. I made him a Superman birthday shirt to wear on his birthday to show off that he was the Big 5! This was the second time I’d made a shirt using a bleach pen and I was just as happy this time with the result. 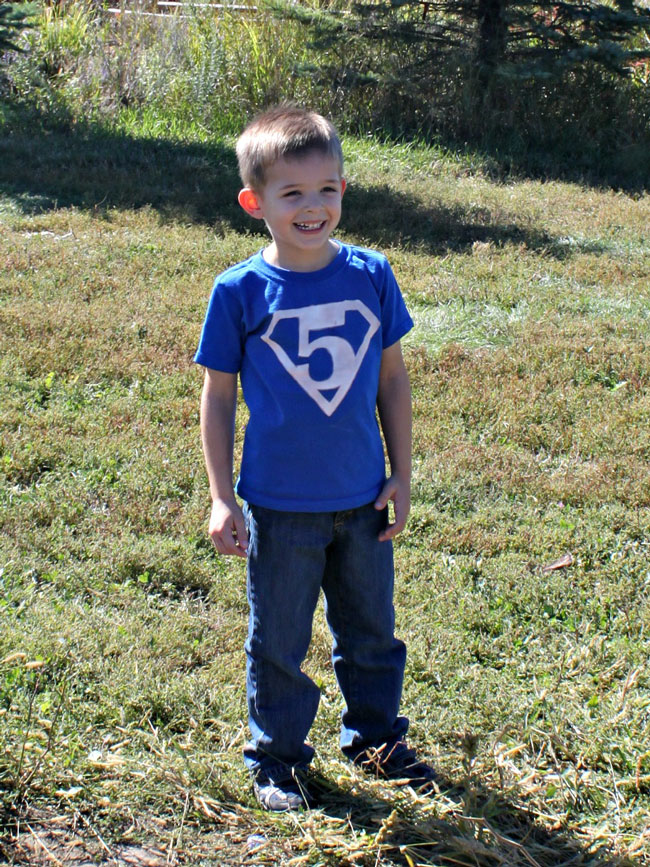 This weekend we’re having his friends’ party – his first one! I’ll be posting a few other super hero projects after the birthday party. I’m working on finishing some masks for all his friends.

I finally started working out again in September after a pretty lazy August. I’m meeting a friend two mornings a week for a TRX bootcamp. I’m trying to get up the other mornings and work out at home. So far I’ve pulled myself out of bed a few times on those alternate days, but I’m not as consistent as I want to be yet. I’ll start back up Does This Blog Make Me Look Fat posts soon. Likely I’ll only post those every other week though.

I really need to get started on some Christmas gifts. I say this every year though and generally don’t end up starting until around Thanksgiving (who am I kidding, I really mean 2 weeks before Christmas!). I’d like to at least decide on some of my handmade gifts so I can try to get a game plan together. We’ll see…

House Hunting: Must Haves vs. Nice to Haves