A few weeks ago I dragged Carter to the craft store with me as I got some other craft supplies. I had to convince him with the promise that we’d find something cool we could do. We decided to make some Star Wars characters out of Perler beads. 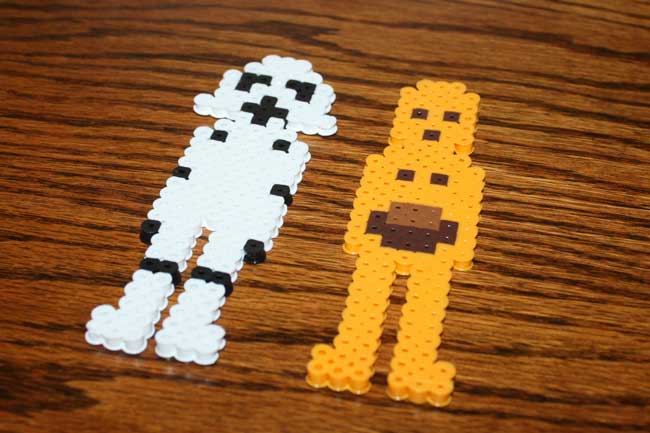 Finding craft projects for boys can be somewhat of a challenge. Carter is generally not interested unless it’s really messy, he can use tools or it involves some of his favorite characters.

A few months ago I stumbled on an idea from Ikea’s blog (LOVE Ikea!) for making Super Heroes out of perler beads which got me thinking about what other characters we could do. I did searches for “pixelated Star Wars” and ended up finding a bunch of cross stitch Star Wars patterns. Cross stitch patterns are perfect for Perler bead projects! My favorites were from Etsy shop Wee Little Stitches. She’s got tons of different characters including Star Wars, Super Heroes, Disney Princesses and countless others. I used to do cross stitch when I was growing up. I haven’t done it for years, but her patterns really give it a modern twist that almost makes me want to try it again. 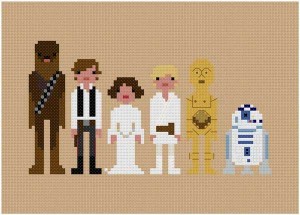 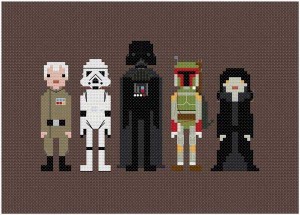 We started with the Storm Trooper and just put the printed pattern underneath the clear plastic peg board. 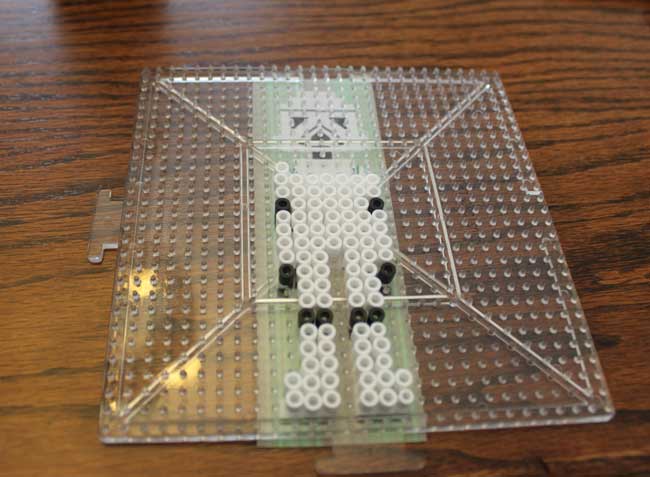 Then once we were finished with getting all the beads put on in our design, we ironed the Perler beads to get them to stick together in our pattern. 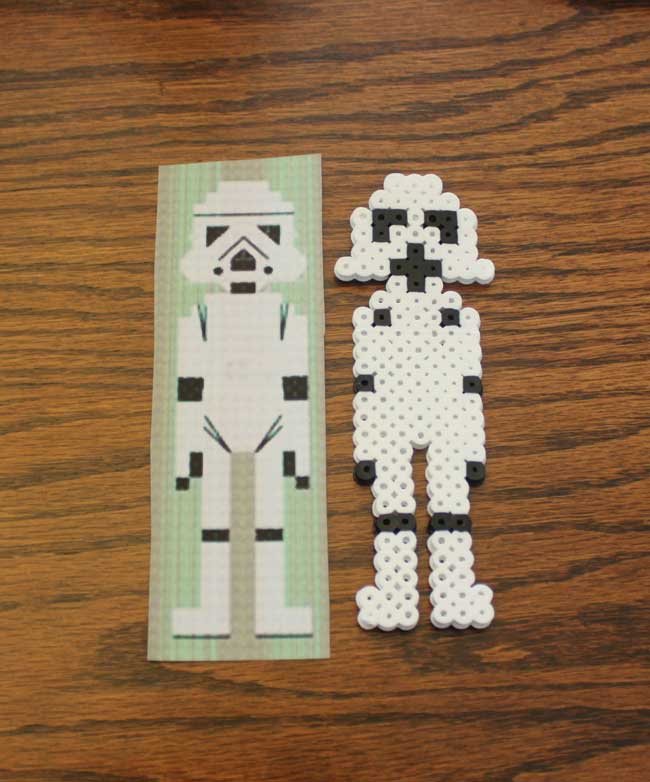 We didn’t have all the right colors of beads to make a few of our favorite characters, so we decided to tackle C3PO. Carter likes to help count how many beads we need in each row and sort the beads, but for now he wants me to put them on the peg boards. He gets a little frustrated when he accidentally knocks them out of place. He does like to put random patterns together though himself – freestyle! 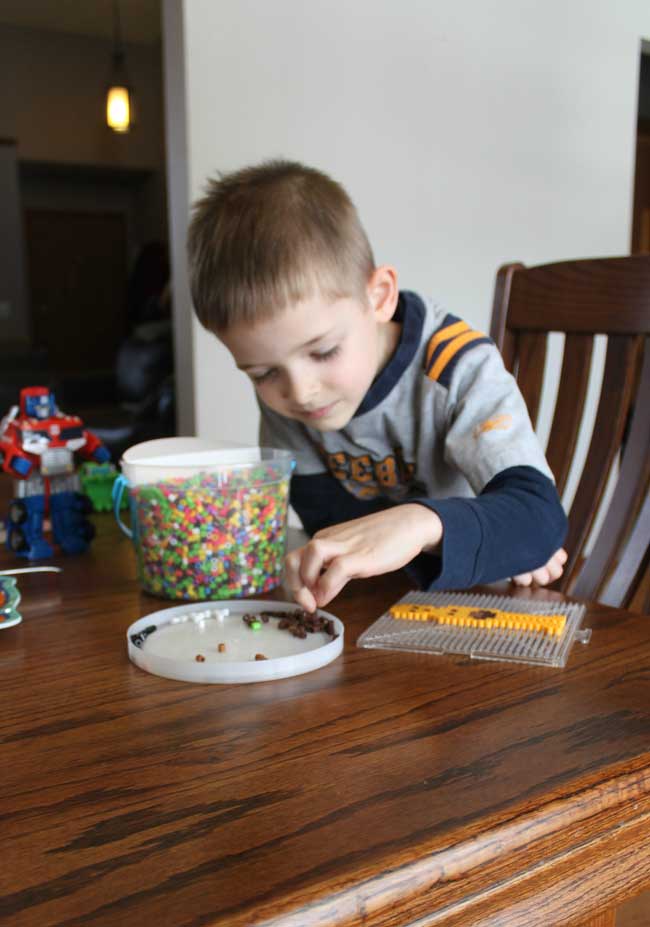 So far we’ve only done the Storm Trooper and C3PO. We’ll get some new colors for our next rainy day activity to make a few others.